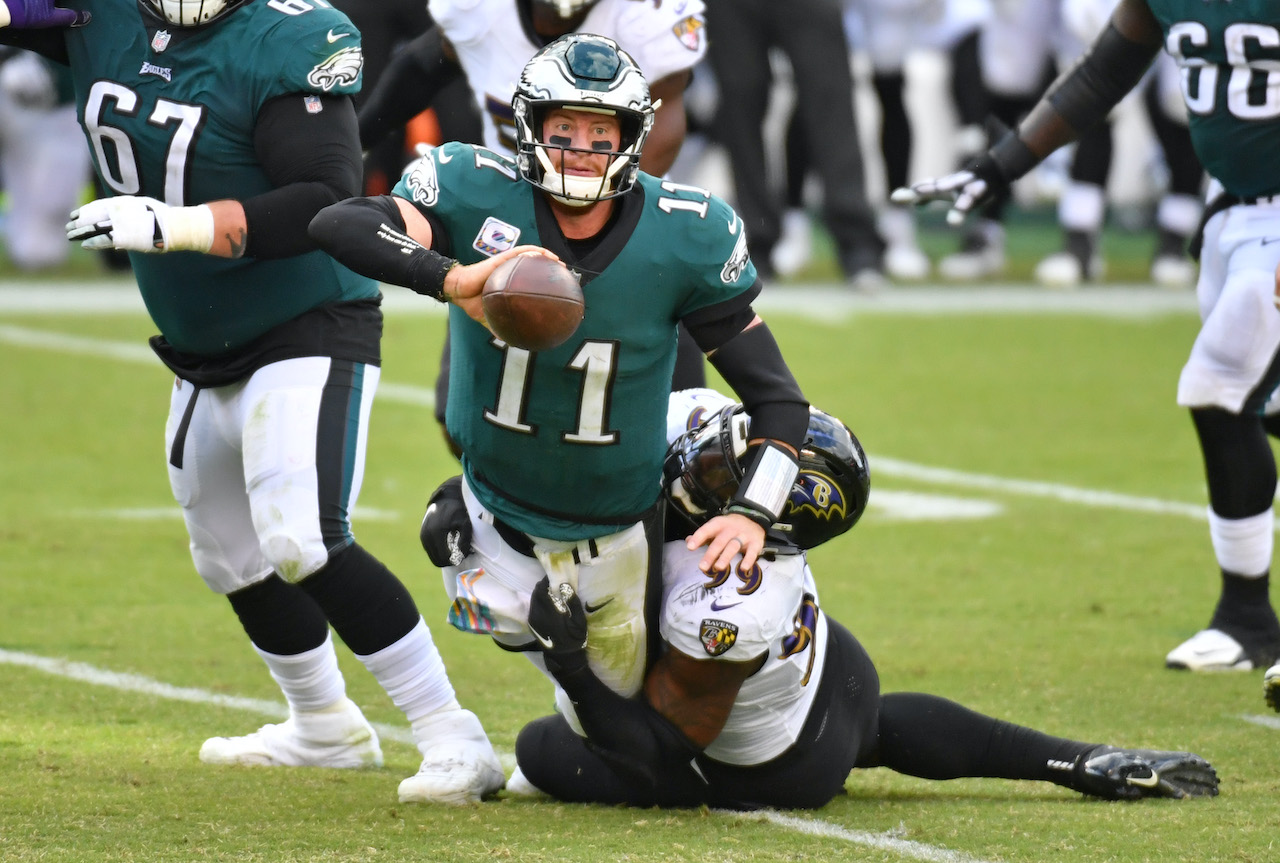 What a Prime Time Matchup this one is going to be. The 1-5 Giants traveling to Philly to take on the 1-4-1 Eagles. Not! The crazy part about this game is that both teams are in contention to win the lowly NFC East division, where the Cowboys are in 1st place with a 2-4 record. As much as it’s a crappy game on paper, I see a betting angle that is too good to pass on and want to breakdown what the NFL sports betting play is for tonight.

The Giants were given the win by the Washington Redskins last week when Ron Rivera elected to go for two and the win instead of attempting an extra point to send the game to overtime. The Giants are an bad football team from top to bottom. GM David Gettleman reached for Daniel Jones and will most likely lose his job after this season over that decision. Their offensive line is terrible. Their defense is a joke. The franchise has been a joke for the longest stretch its ever been and I really don’t see things changing anytime soon.

The Eagles on the other hand are not much better. However, they have somehow been in games you would never believe they are in. Back to back weeks they scored 29 and 28 against solid Pittsburgh Steelers and Baltimore Ravens‘ defenses. Two legitimate contenders. Somehow a team with one starting offensive lineman has had their chances. They looked like they were entering this week with only two starters on offense until news broke that DeSean Jackson and Lane Johnson will play. The one bright spot has been their defensive line. They are one of the leagues best at sacking the QB. The Giants bad O-line and a Quarterback with a propensity to fumble will be all that the Eagles will need to win this game. I expect Brandon Graham, Fletcher Cox, Javon Hargrave, Malik Jackson, Josh Sweat, and Vinny Curry to wreak havoc in the Giants backfield.