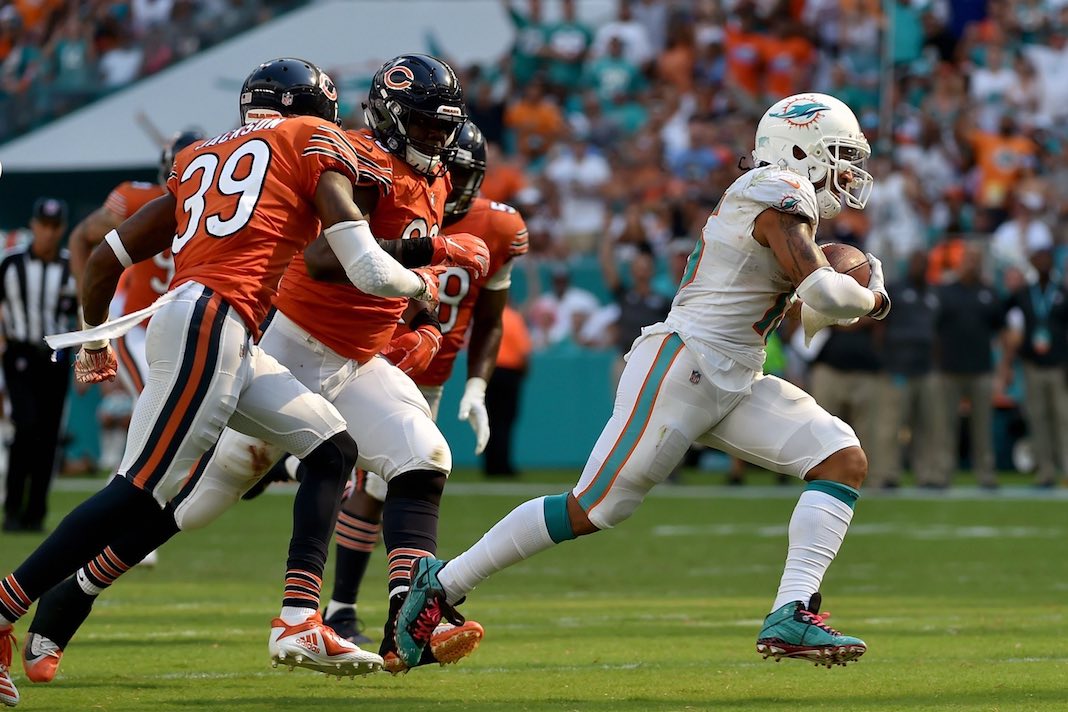 Week 6 of the 2018 Fantasy Football Season is done and it was a week of unexpected outcomes, another overtime game, and some big defensive performances.

If you look between the lines and beyond the stats, what do your eyes tell you about the latest week of the season? Each week carries its own bit of valuable information. For example, how to set your lineup each week, when it’s time to improve a portion of your roster or perhaps when it’s time to cut someone loose before it’s too late. The following are observations that Ernie Estrella has made about the week that was, and how it will affect the weeks yet to come.

Here is What I learned in Week 6 of the 2018 Fantasy Football Season.

1. Atlanta’s No. 2 and 3 receivers got banged up in a nail biter with the Bucs. Calvin Ridley left the game early with an ankle injury but tests were negative and is diagnosed with a bruised ankle. Mohamed Sanu injured his hip and will be questionable for Week 7.

• Raiders WR Amari Cooper took a brutal hit to the head by Seahawks safety Bradley McDougald. Teammate Seth Roberts was the next to go down, also to concussion. More injuries were suffered by the Raiders, including Jon Feliciano (rib) who was already filling in for Kelechi Osemele on the offensive line and quarterback Derek Carr (left non-throwing shoulder) when he was sacked for a sixth time.

• Rams WR Cooper Kupp returned from a concussion but injured his knee when he was brought down by a horse collar tackle. He left the game on a cart but returned in the second half as a decoy. We will find out the severity of his injury after tests this week.

• Jets WR Qunicy Enunwa rolled his right ankle and was replaced by Terrelle Pryor, who injured his groin. Monitor both receivers’ health as the week continues to see if they can play in Week 7 against the Vikings.

• Cowboys WR Tavon Austin strained his groin and Deonte Thompson was slowed by a hamstring injury. Starving for playmakers, rookie Michael Gallup could get more snaps in the immediate future.

• Bills rookie QB Josh Allen injured his throwing elbow and the team will use caution moving forward since he is the future of the franchise. Immediate choices for his replacement are Nathan Peterman who played to disappointing results and Derek Anderson who was signed off the street last week.

• The Jaguars lost their second starting tight end in two weeks. Already down Austin Seferian-Jenkins, Niles Paul left the locker room with his left leg in a brace. James O’Shaughnessy is the next man up.

• The Vikings’ secondary has been suspect this season but could lose rookie cornerback Mike Hughes to a torn ACL. As the team’s third cornerback to Trae Waynes and Xavier Rhodes, Mackensie Alexander looks like the immediate replacement moving forward.

The first real surprise of the day was the Dolphins putting up 31 points on the Bears… WITH BROCK OSWEILER. I’m not about to put much stock in this victory, because there was sloppy play on both sides including Kenyan Drake fumbling at the goal line and losing it to the Bears when they had victory in hand. The Bears had two crucial fumbles lost by Tarik Cohen and Jordan Howard.

However, we must recognize the Dolphins rallying around Osweiler after he threw two picks and in combination with the poor tackling by the Bears. They were able to score on two big plays and WR Albert Wilson looks like another receiver to watch and see if he can be a playmaker consistently. Let’s see how long Ryan Tannehill will be out and if Osweiler had his 15 minutes of fame and will flame out as usual or if Adam Gase can squeeze more out of the much-maligned quarterback.