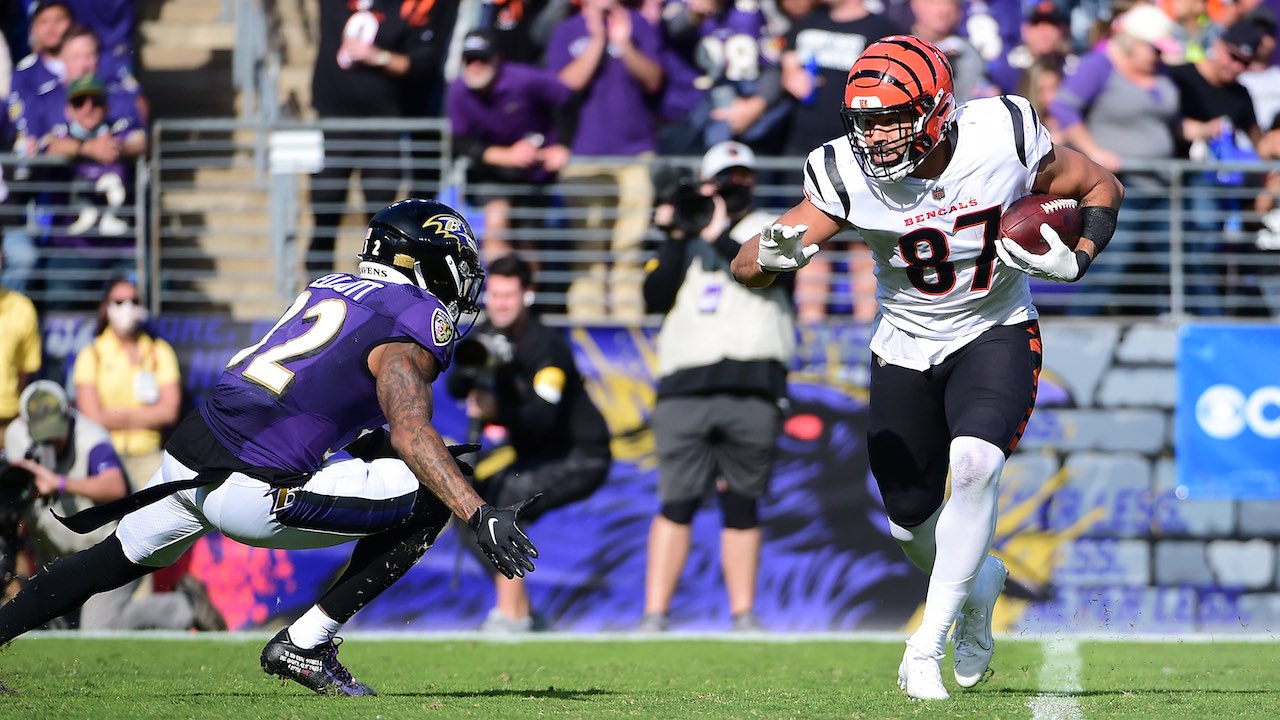 Who to start and who to sit? It’s the one question you need to answer right in order to do well in fantasy football. You won’t get it right every time, but at Bruno Boys, we help you work through those tougher decisions. That way, you make informed decisions on your starting lineup and will be confident in locking it in. Our Tight Ends to Start and Sit look specifically at ones you can start or stream, and ones to leave alone.

The landscape of the modern day tight end is you either have one or you don’t. There’s no reason you sit one of the top six tight ends (Travis Kelce, Darren Waller, George Kittle, Mark Andrews, and Kyle Pitts), ever, unless they’re hurt or on bye.

Here are the Week 11 Fantasy Football Tight Ends to Start.

Everything about Uzomah screams out “Boom or Bust”. He has two 20-point outbursts in Weeks 4 and 7, where he finished as the TE1 for each of those respected weeks. Every other week in the season has been single-digit games, below 5.0 points…. in PPR formats. Normally these are high risk, high reward players and it’s like throwing a dart blindfolded for when they’ll pop off next. So why highlight Uzomah in Week 11?