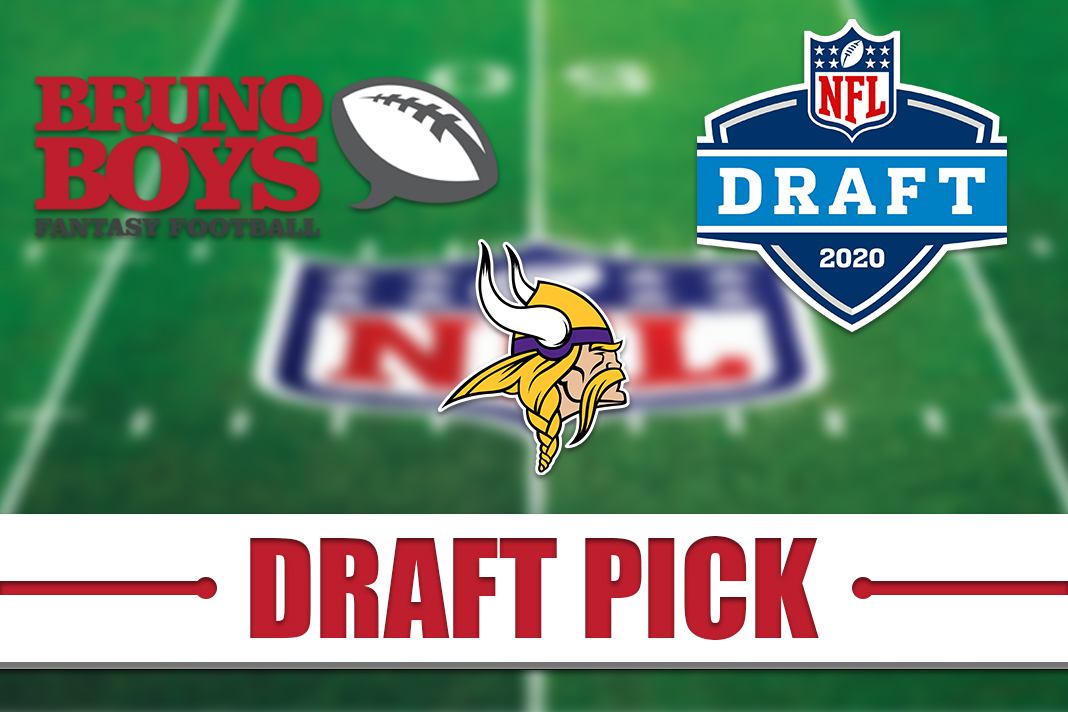 Some may consider losing Stefon Diggs addition by subtraction but the guy made plays and his departure left a gaping hole in the offense. The Vikings used the 22nd overall pick to select one of productive LSU receivers, Justin Jefferson. Nine picks later, Minnesota filled another big need at cornerback with TCU standout Jeff Gladney. Another notable draft pick was Boise State OT Ezra Cleveland who was selected 58th overall.

Jefferson who led the team with 111 receptions, racked up 1,540 yards and 18 touchdowns. He was outdone by sophomore Ja’Marr Chase’s 1,780 yards with 20 touchdowns, who is sure to come out next season. Jefferson has better size than Diggs, but time will tell if he’ll develop similarly.

Gladney is a smaller corner at 5-10, but has high end speed to make up for it. He is solid in his man-to-man coverage and likes to time his plays to break up passes and often plays the ball in zone. He’s an ideal slot corner alongside bigger corners but he’ll likely start opposite Mike Hughes.

Cleveland isn’t as big as the top tackles taken in the draft but he’s got great body control and will excel in Gary Kubiak’s zone run game. Is quick enough to get to the second level and will provide depth behind Riley Reiff and Brian O’Neill.

Jefferson is an immediate plug in starter opposite Adam Thielen, who he’ll compliment well. It’s hard to look past all the production at LSU, which he did out of the slot. Thielen does the same, but that’ Kubiak’s problem to solve. Kirk Cousins has to like having another stud receiver to balance out the load carried by Dalvin Cook. Tajae Sharpe stands as the Vikings’ third receiver right now so look for Jefferson to assert himself in Week 1.

As for Gladney’s role in the defense. Minnesota’s secondary underachieved and many of those cornerbacks were moved out. Gladney has a clean slate to work with and make a name for himself, but there will be pressure on this group to outperform the last group.