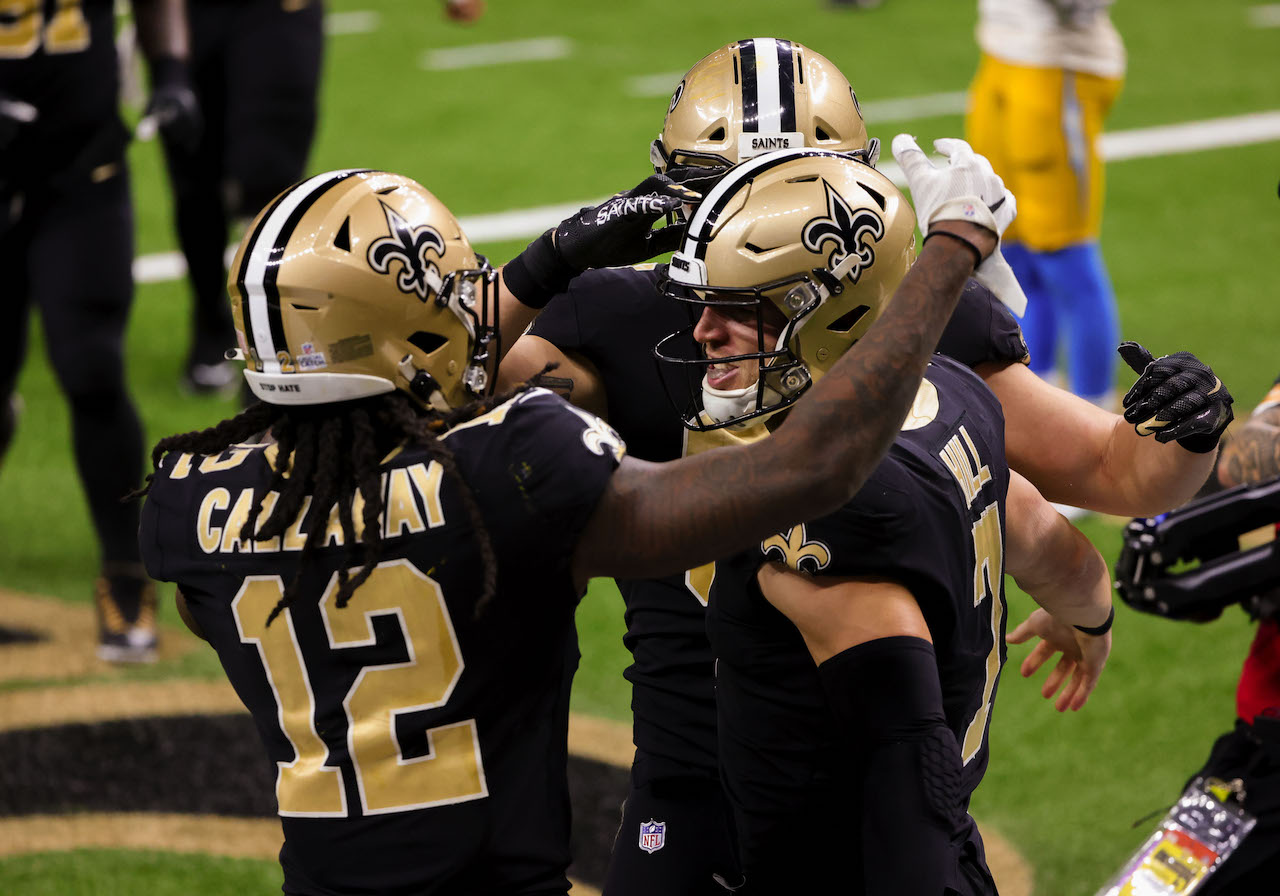 Now, let’s get to the Week 7 NFL picks from your very own, Bahama Dom.

The Falcons notched the first win of the season in convincing fashion taking down the Minnesota Vikings just as I called last week. On the other side of the football, the Detroit Lions put a thumping on Jacksonville. The battle of the Matt’s this week should be another interesting matchup as both teams are bringing in high powered offenses and defenses who aren’t very good but had solid performances a week ago.

This game like last week with Atlanta is going to come down to Julio Jones. His presence makes a good offense a great one. He has 8 catches and 2 trips to the endzone, and I don’t think Detroit will be able to stop him or Todd Gurley this week. Atlanta minus the points.

Teddy Two gloves and the Panthers are heading down to Nola. The Panthers are 3-3 and this game has big implications inside the division and for Carolina’s playoff aspirations. A divisional clash usually means slugfests or shootouts. On the turf in Superdome the scoreboard is going to be lit up often.

Every game New Orleans has played this year has gone over and this one will be no different. Michael Thomas should play barring him punching a teammate during a walkthrough pregame and that gives the Saints offense another kick into gear. Carolina has played well on defense but is so short handed with starters on that side of the ball. The Dennis Allen led defense also has been getting gashed this year, he likes to dial up pressure but that leaves shortcomings in the back end for chunk plays. Robby Anderson and DJ Moore both are guys who can take a reception to the house.

Seattle had a bye last week while Arizona made light work of the Dak less Dallas Cowboys. The Cards ran up the score on Dallas with Kenyan Drake finding paydirt twice, and holding them to single digits. Jamal Adams should be back this week for Seattle who needs the playmaker back in their secondary.

Last week against Dallas, Kyler Murray only had 9 completions but had 10 carries for over 70 yards and a score. This will be a tough divisional matchup and Arizona knocked off the Seahawks in Seattle a year ago, but the Seahawks haven’t lost out of the bye in their last 4 tries. Soon to be NFL MVP Russell Wilson will be too much to handle.

The 49ers got back on track last week against a divisional opponent  in the Los Angeles Rams, while New England lost in Foxborough to a backup quarterback and the Denver Broncos. The Patriots had the covid outbreak, with Cam Newton and Stephon Gilmore being put on the reserved/covid list. The 49ers have been banged up all year and are  going to be without a Raheem Mostert, one of the fastest backs in the league. Trent Williams may also be out with an ankle injury.

The Patriots had a let down game last week and I know they will bounce back. It will be interesting to see how Bill Belichick schemes the defense this week to get after Jimmy Garoppolo his former QB. Newton will have to play better this week and I think he’s up to the challenge to get the Pats  back to .500 on the season. Lay the small number.