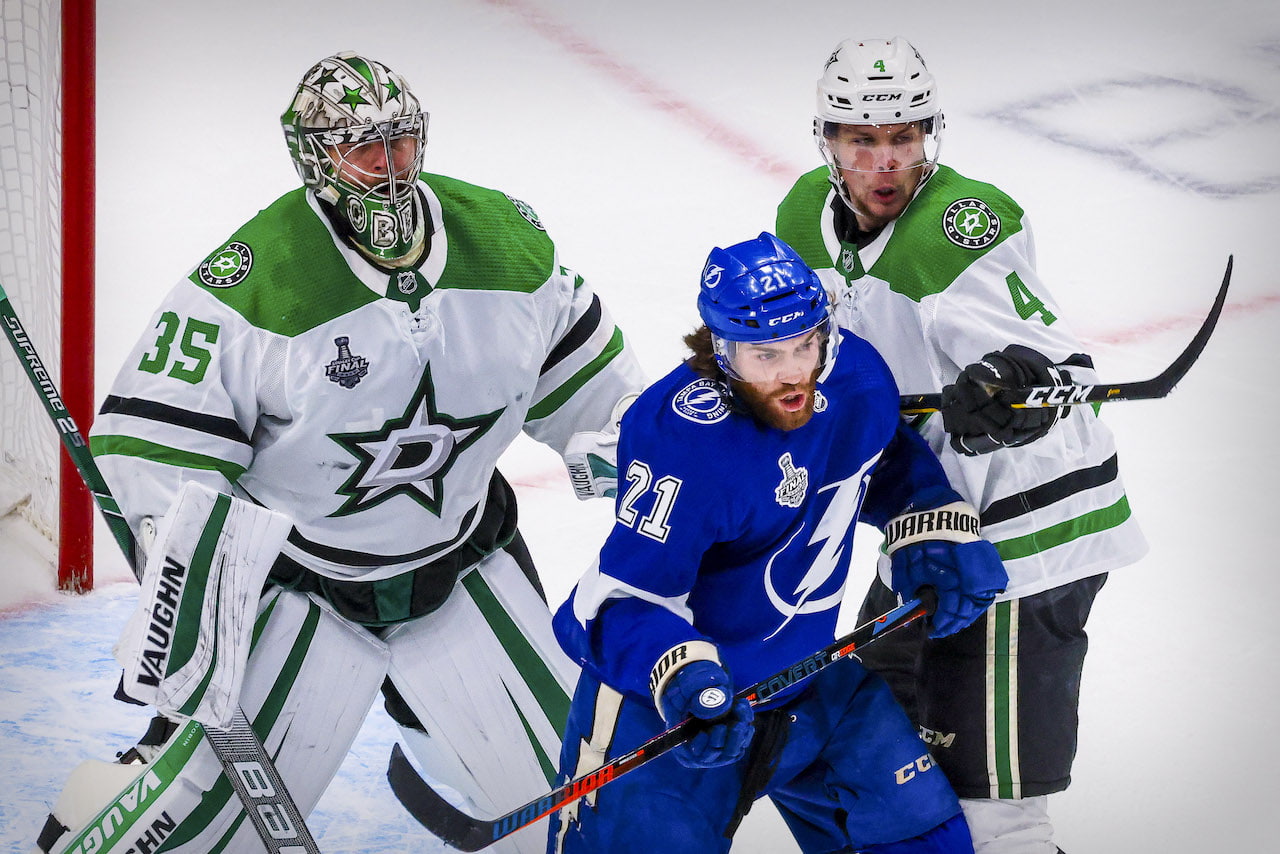 Just a quick recap before we dive into our analysis for tonight’s pick. After pushing games 1 and 2 (yes, we took the Dallas Stars both games), we are +20.06 units for these Stanley Cup playoffs. If the series goes seven games, then we have five left on the NHL betting season but we will take a Stars victory sooner so that our +165 Stars to win the Stanley Cup series prediction cashes. By the way, that was a max play for us.

After Dallas won Game 1 convincingly, Game 2 saw the Lightning tie up the series. That said, we did learn something from watching Monday’s game and this could really help the Stars as the series progresses.

The Lightning went up 3-0 in the 1st period, but the Stars made adjustments after that period. While they still lost the game, they kept Tampa scoreless over the last two periods and potted two goals of their own, making it a 3-2 final.

What did Dallas in early was bad penalties in the 1st period. Giving the Lightning that many PowerPlay (PP) opportunities will destroy any team, even one as good as the Stars. As we have seen numerous times throughout the playoffs, the Lightning’s are lethal in the PP.

After two games the Stars have a +2 goal differential an seeing how they responded over the final 40 minutes in Game 2 tells me to ride the value.