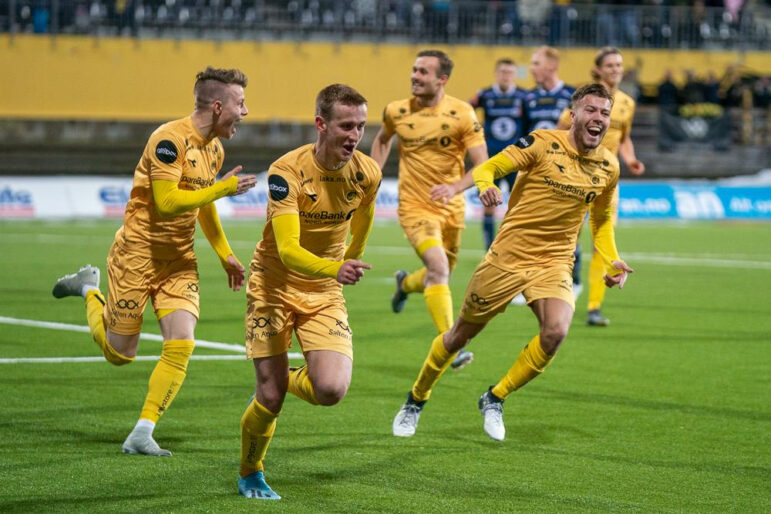 We’ve introduced sports betting to the Bruno Boys website at the start of the NFL season, however we are now taking it one step further with the addition of Soccer betting to our lineup of weekly articles.

We’ve brought in The Daily Slate to our team of sports betting writers. Daily Slate will be our resident soccer (international and domestic) expert and will give his bets pertaining to Over/under, money line, goalline and more. Continue to check back on a regular basis for Dylan’s articles and while you’re at it, head over to his Twitter account for more free and VIP sports betting plays.

The casual sports bettor would probably see a Norwegian soccer league play and laugh. But if you follow international footy, then you know Bodo/Glimt are no joke.

We have targeted Bodo/Glimt overs since day one of the Norway Eliteserien campaign and that will continue this weekend. The numbers this team is putting up are mind blowing. They have scored 100 goals in 29 matches for an average of 3.4 team goals per game, and that number increases to 4.0 gpg at home. To top it off, Bodo/Glimt has scored 17 goals in their last three home matches. Top striker Kasper Junker is the hottest goal scorer on the planet right now. He’s coming off a hat trick in his last game, and has 16 goals in his last 12 appearances, including scoring at least once in his L8 matches.

Now Bodo/Glimt could cover this total (over 3.5 goals) on their own, especially given the fact Viking is allowing almost 2 goals per game on the road, but given Bodo/Glimt’s open and attacking style of play, they are often left open on the counter attack. Viking is averaging 1.8 gpg themselves this campaign, and in the last three H2H matches, Viking have scored at least twice. Also worth noting the L3 H2H matchups are averaging 5.3 goals per game. All of these stats together point me in one direction.