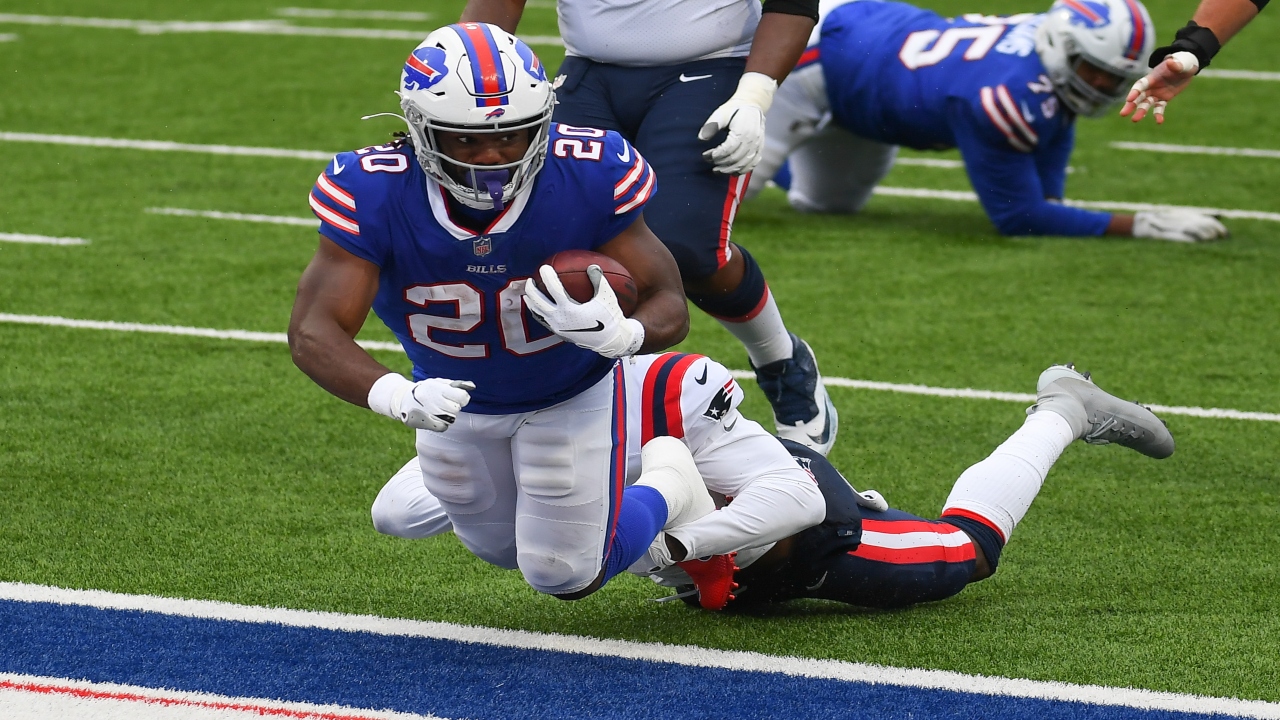 Week 8 is nearly in the books, as the calendar has now flipped to November too. The stretch drive of the fantasy football regular season is on the horizon, and having depth to navigate the remaining bye weeks is going to be vital. In Week 9, the Cincinnati Bengals, Cleveland Browns, Philadelphia Eagles and Los Angeles Rams will be idle.

The Bills ran the ball plenty against the New England Patriots on Sunday, as Josh Allen only threw the ball 18 times in poor weather. Moss and Devin Singletary each had 14 carries in the game, for 81 and 86 yards respectively, but it was the rookie out of Utah that had two touchdowns.

In a prospective workload split with Singletary, Moss has been easy to see as the favorite for goal line work going back to the offseason. And the passing game usage over the last two games, six targets for Singletary to four for Moss (one apiece in Week 8), has been close.

As long as Singletary is healthy, Moss is only a flex play in 12 and 14-team leagues. But he has more upside than his backfield mate, with RB2 upside if Singletary were to ever be injured or the workload shifted his way.