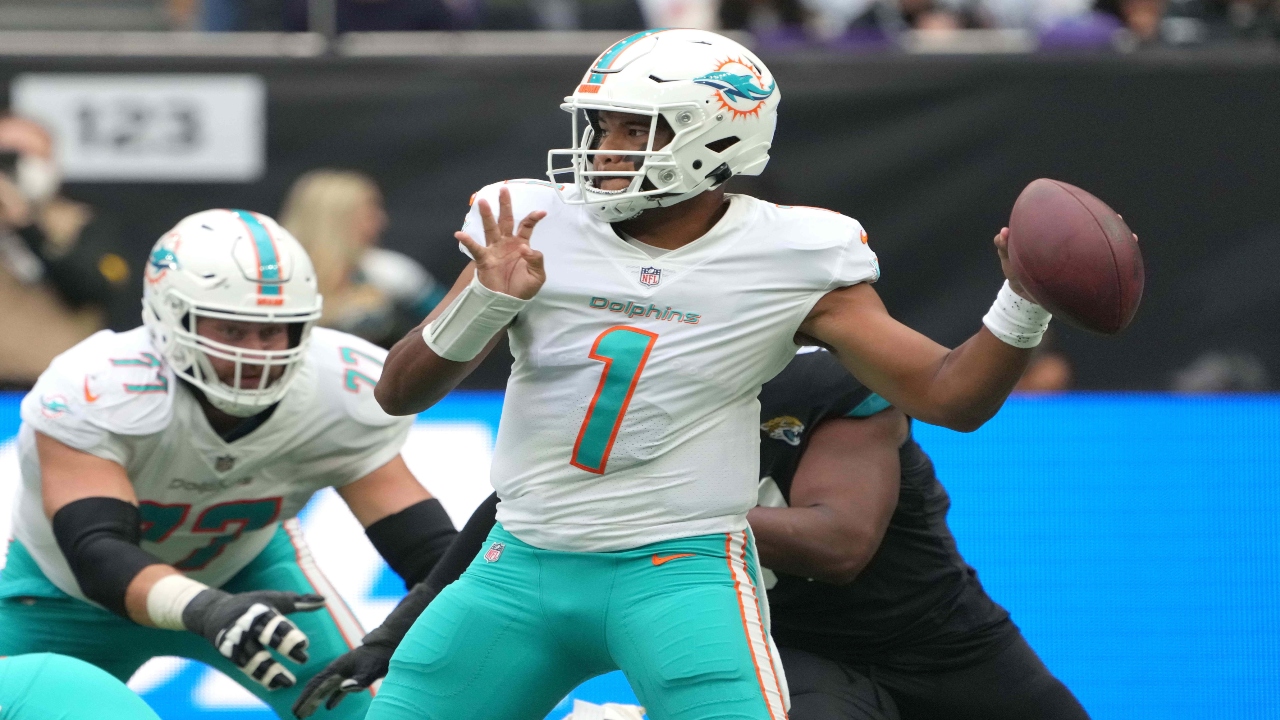 Tagovailoa returned to the lineup Sunday against the Jacksonville Jaguars, completing 33 of 47 passes for 329 yards with two touchdowns and an interception along with 22 rushing yards. The easy matchup has to be regarded, but Week 7 brings another soft defense.

Tagovailoa is a top-end streamer for Week 7, due in part to all the top-end fantasy quarterbacks on bye. But he’s looking like a viable option for weeks after that, with a Week 14 bye to add to the appeal as a waiver wire add.