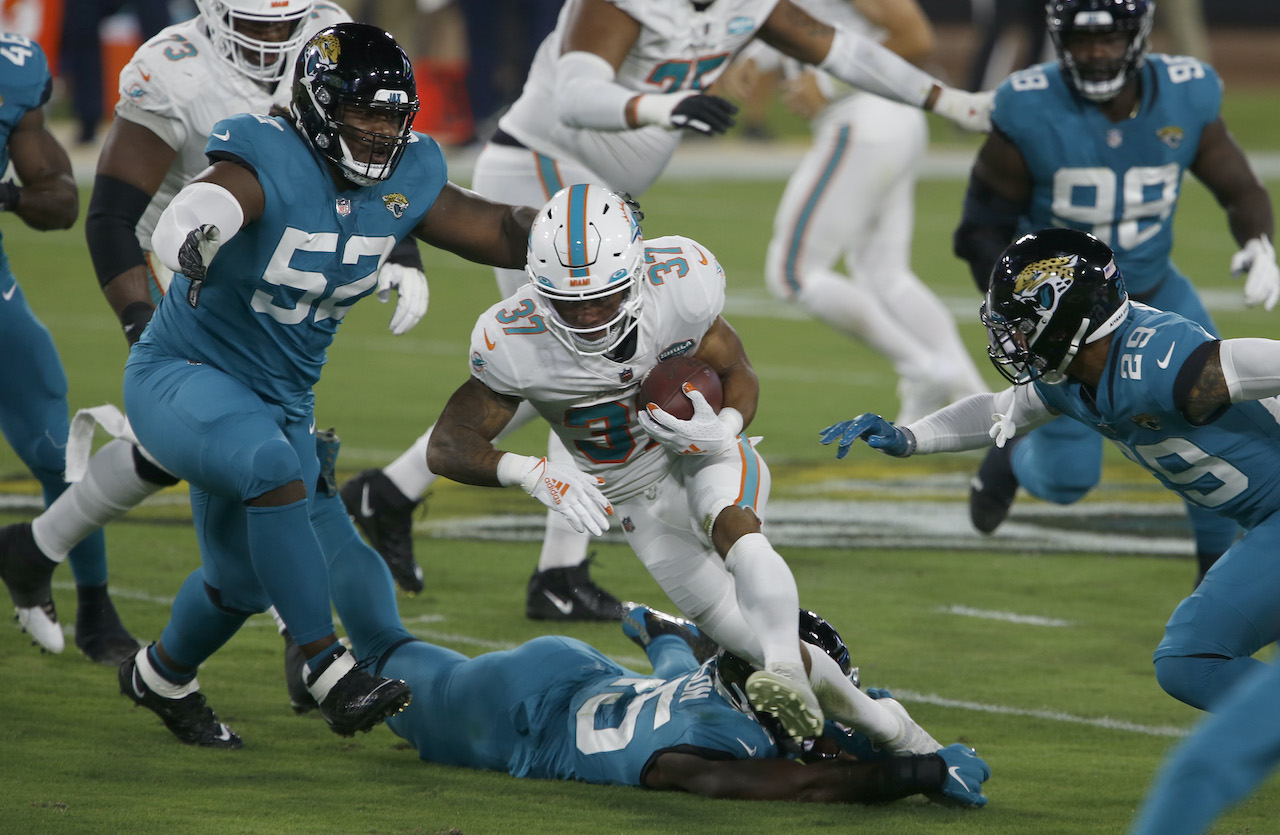 Week 3 will get done without all the injury attrition we saw in Week 2, but it’s time for fantasy football owners to start to flip toward Week 4 to keep rosters in shape. Week 4 is the last week until Week 12 without byes.

The Dolphins invested heavily in Jordan Howard and Matt Breida during the offseason, then out of nowhere Gaskin posted 66 total yards and played more snaps in Week 1 (39) then the other two combined (23). Then Week 2 (82 total yards, six receptions) and Week 3 (95 total yards, 22 carries and five catches) followed, with only the annoyance being Howard vulturing touchdowns.

The next four matchups, Week 4-7, for Gaskin are against defenses who entered Week 3 in the top-10 of the league in fantasy points allowed to running backs (Seattle Seahawks, San Francisco 49ers, Denver Broncos and Los Angeles Chargers). But Gaskin is getting the touch volume, with at least four targets in all three games thus far, to be a flex option in any matchup.

It still feels like the Dolphins’ backfield could shift more toward Howard or Breida at any moment. But Gaskin is earning his keep, and he’s a must-add in 12-team leagues.