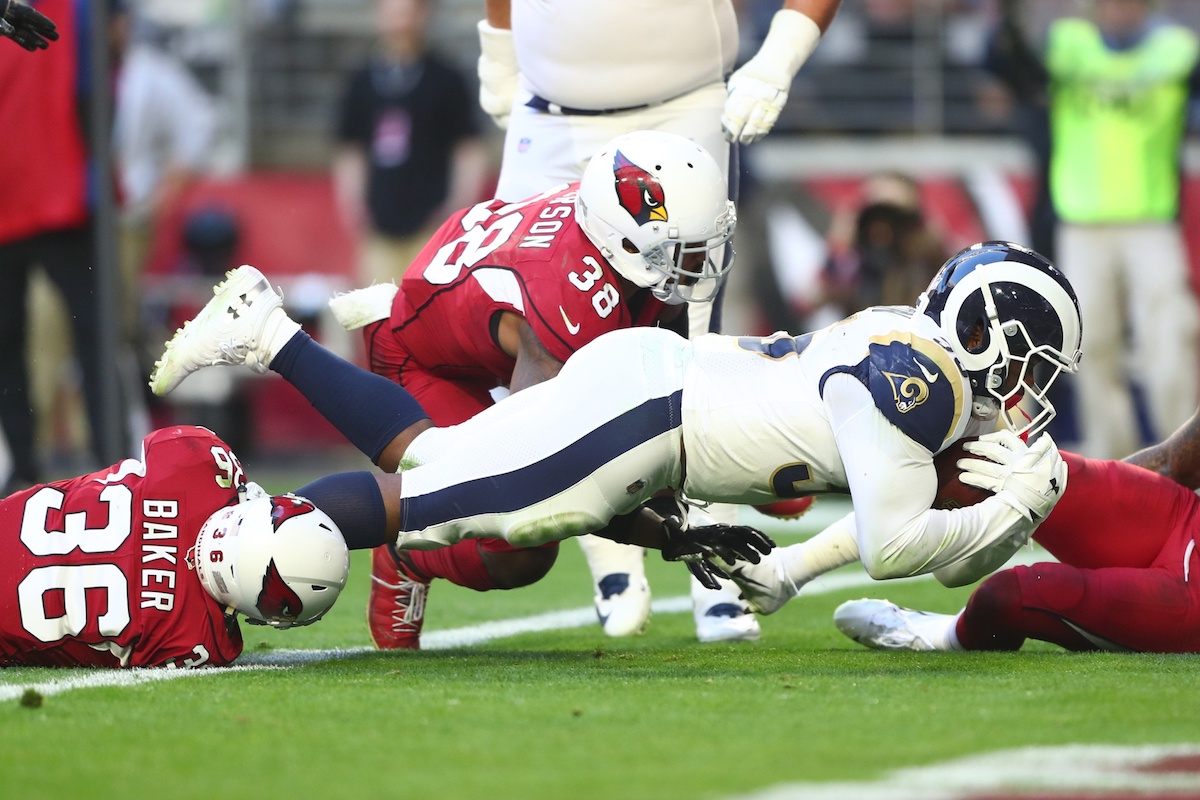 For a lot of fantasy football owners, Week 16 marks the end of the season officially. But in some leagues Week 17 is relevant, and we’re here for you with some waiver wire options. A general rule of a player having to be available in around half of leagues will be loosened just a bit for this final week.

After taking a clear back seat to Christian McCaffrey with the Carolina Panthers (24 carries in nine games) and short-lived stint with the Oakland Raiders, Anderson landed with the Rams and started on Sunday against the Arizona Cardinals with Todd Gurley (knee) banged up. He delivered too, with 167 yards and a touchdown on 20 carries. Fresh legs at this point in the season is a unique proposition.

The Rams should exercise great caution with Gurley, so he may sit again against the San Francisco 49ers in Week 17. The 49ers entered Week 16 in the bottom-12 of the league against running back (ESPN PPR scoring), with a rushing score now allowed to the position in five straight games. So if Gurley is out, Anderson is in line for the lead back role again in another nice matchup.

Anderson’s appeal is directly tied to Gurley’s status, and it’s worth noting multiple reports pointed to Gurley playing in some capacity on Sunday before he was ultimately inactive. Anderson’s ownership rates got a boost upon his signing with the Rams, in anticipation of Gurley being out. If he gets the start again in Week 17 as Gurley gets right, there’s title-winning potential with Anderson in those relevant leagues.