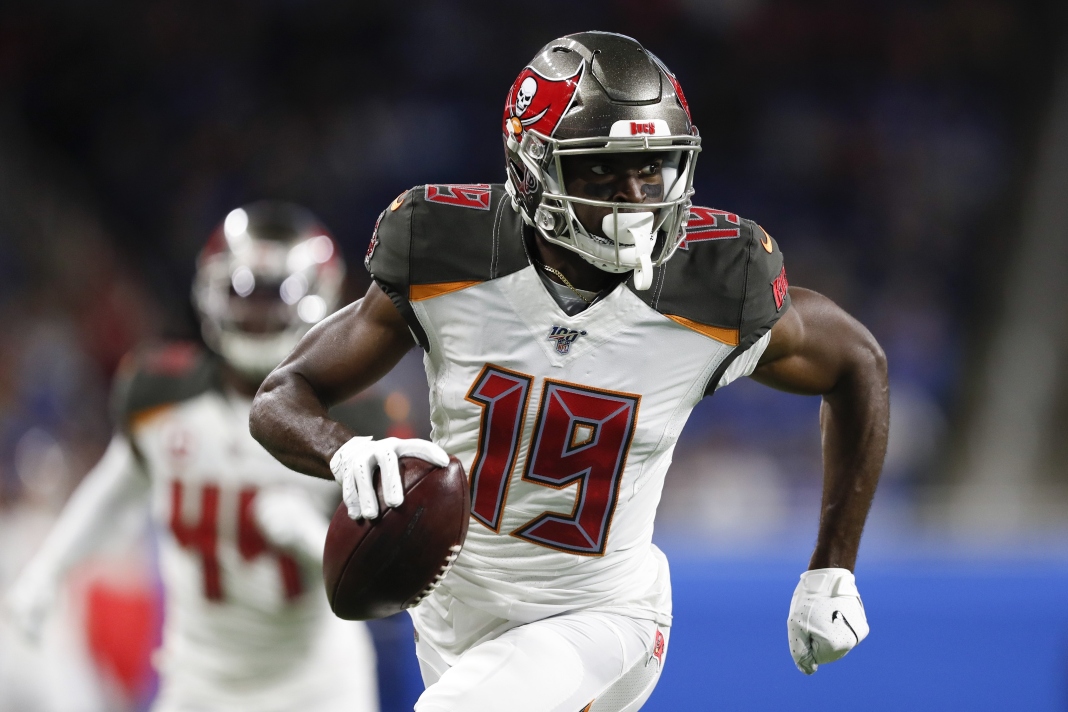 Week 15 is nearly complete, and the championship game in a lot of leagues may already be decided. But there will also be third-place games and consolation brackets to win in Week 16, and mining the waiver wire is still relevant to those situations.

With Mike Evans (hamstring) out for the season, opportunity knocked for Perriman Sunday against the Detroit Lions and he answered loudly (surely from the bench for some fantasy owners who picked him up) with five receptions for 113 yards and three touchdowns. He has now scored four times in the last two games, with at least five targets and 70 yards in three straight. Chris Godwin suffered a hamstring injury of his own on Sunday, and the way he looked coming off the field his status going forward seems iffy.

Week 16 brings a decent matchup, as the Houston Texans entered Week 15 in the bottom half of the league against wide receivers (Yahoo! 0.5-point PPR scoring). Then in Week 17, the Atlanta Falcons (12th-most fantasy points allowed to wide receivers going into Week 15) are on the docket.

Perriman looked set fully asserted himself in the Buccaneers wide receiver pecking order behind Godwin when only Evans was out of the picture, and now that outlook is even rosier if Godwin misses time. Two good matchups from here on out sets Perriman up as a solid WR3 or flex, possibly at minimum, in leagues with 12 or more teams.