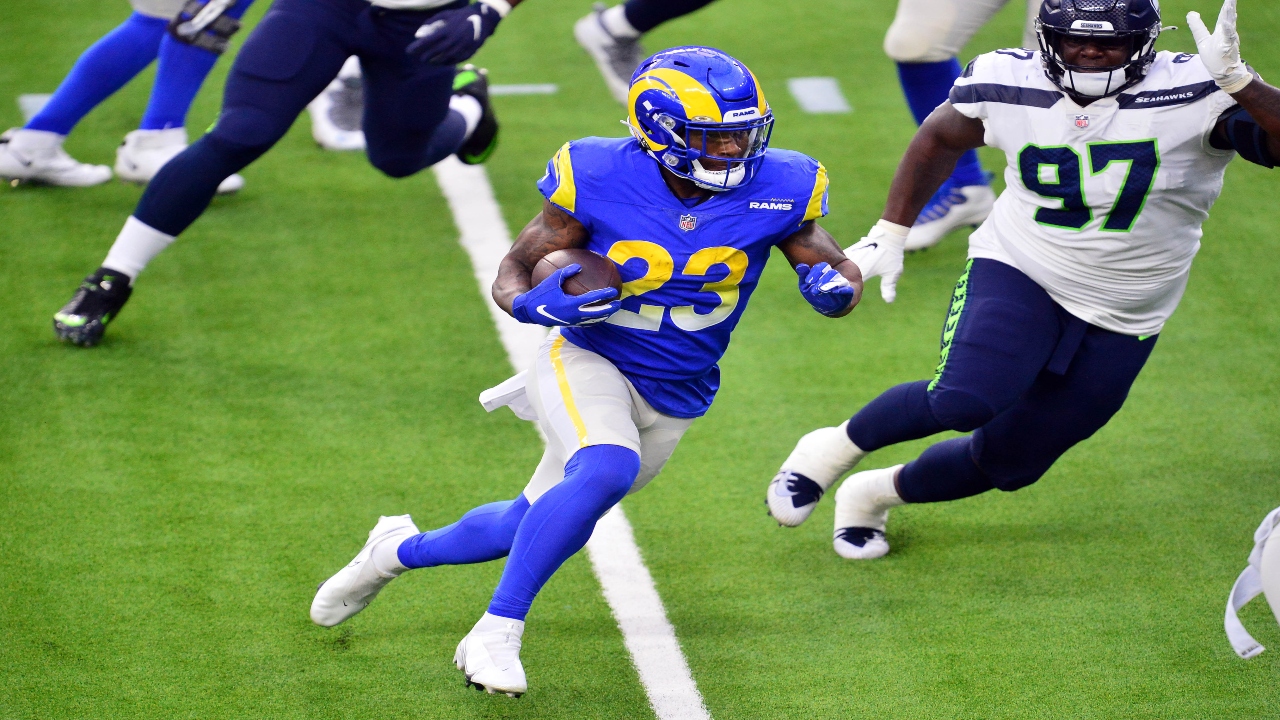 Week 12 is nearly in the books, with only Sunday and Monday night games to be completed as of this writing. The playoffs start in Week 14 in most fantasy football leagues, so immediate as well as playoff plans inform waiver wire choices. Week 13 is the final week of byes for the season, with the Tampa Bay Buccaneers and Carolina Panthers idle.

Darrell Henderson led the Rams in in carries on Sunday (10), but it was Akers who was the most productive back on the team (nine carries for 84 yards and a touchdown). The rookie out of Florida State has now scored in back-to-back games, once by air and once via ground, with at least nine carries in three of the last four games.

Quite simply, Henderson (18 carries for 24 yards over the last two games) and Malcolm Brown are doing nothing to keep Akers off the field. The breakout potential envisioned for him should now be unveiled.

The next two matchups are middle of the road for the Rams’ running game (Arizona Cardinals-Week 13, New England Patriots-Week 14). But then a nice matchup against the New York Jets will come in Week 15, followed by another good one against the Seattle Seahawks in Week 16.

The lingering hint of a backfield committee for the Rams holds Akers down a bit right now. But this is the week to get in on what could be a breakthrough stretch, with nothing lost if the last two weeks don’t prove to be a launch point.