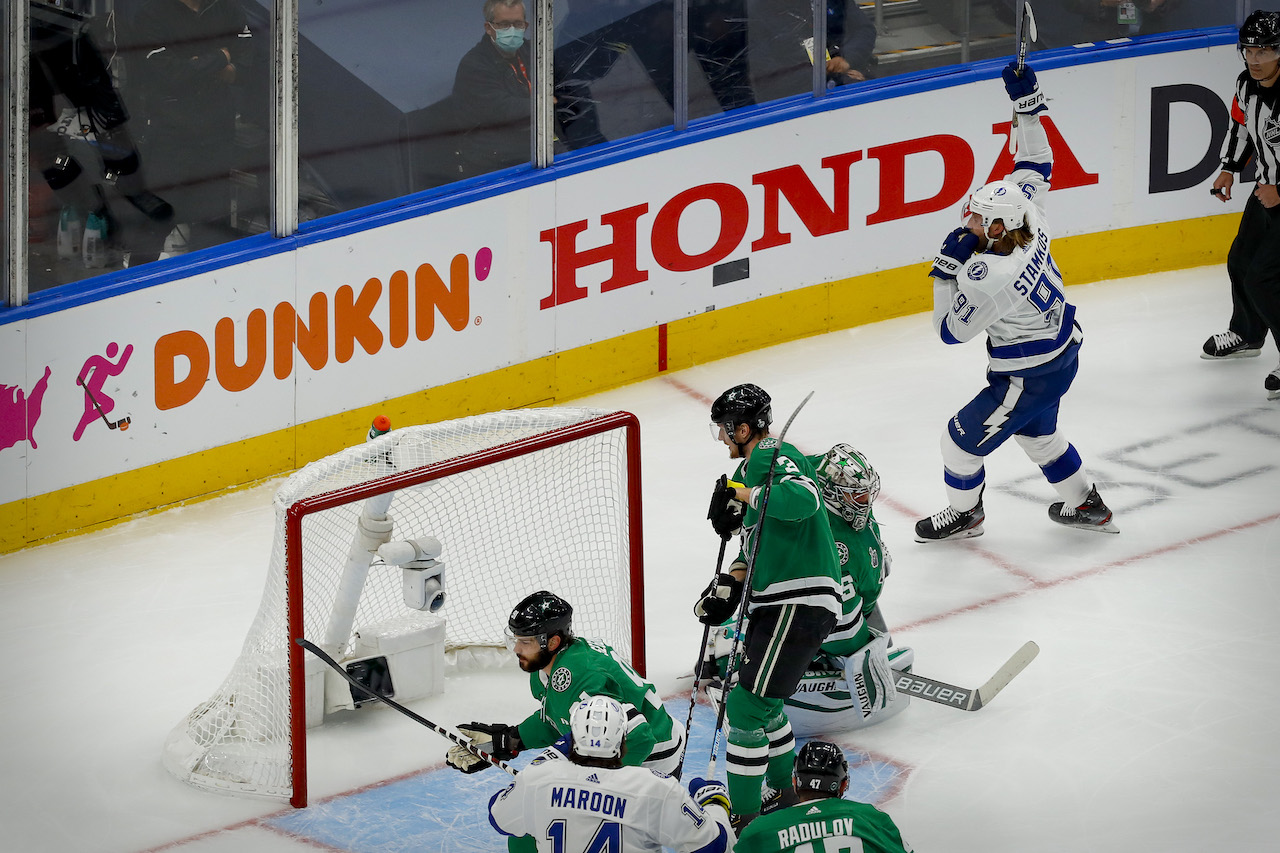 The Stanley Cup Finals have been incredible through three games. There has been elite level hockey played by both the Dallas Stars and Tampa Bay Lightning and tonight shouldn’t be any different. So far we are 0-1-2 and down 1 unit on the Stanley Cup Finals but still up almost 20 units for the 2020 NHL playoffs. If the Stars win the Cup, we will also cash our +165 Stars to win the Stanley Cup series prediction we wrote about last weekend. By the way, that was a max play for us.

Full disclaimer, I made a mistake and capped Game 3 of the Stanley Cup Finals early in the day and at the time the article was published did not know Steven Stamkos was playing for Tampa Bay. And as you saw in Game 3, Stamkos brought the juice and gave the Lightning a ton of energy when he scored a goal on his first shot since February. The good news for the Stars backers is that I checked the NHL injury updates, and it looks like Stamkos isn’t playing tonight.

This is a big game for the Stars. They know they cannot afford to go down 3-1, as often times teams can’t get out of that deficit in playoffs sports. Because of this, I full expect the Stars to come out of the gate playing fast, playing fearless and getting off to an early lead in Game 4.

As you know, our pick is for the Stars to win this Cup and for that to happen they need to get a win tonight. I can see this series going to a winner take all game 7, which would be unreal for the NHL and all of the die-hard hockey fans. Tonight we look to the Stars to tie it up.