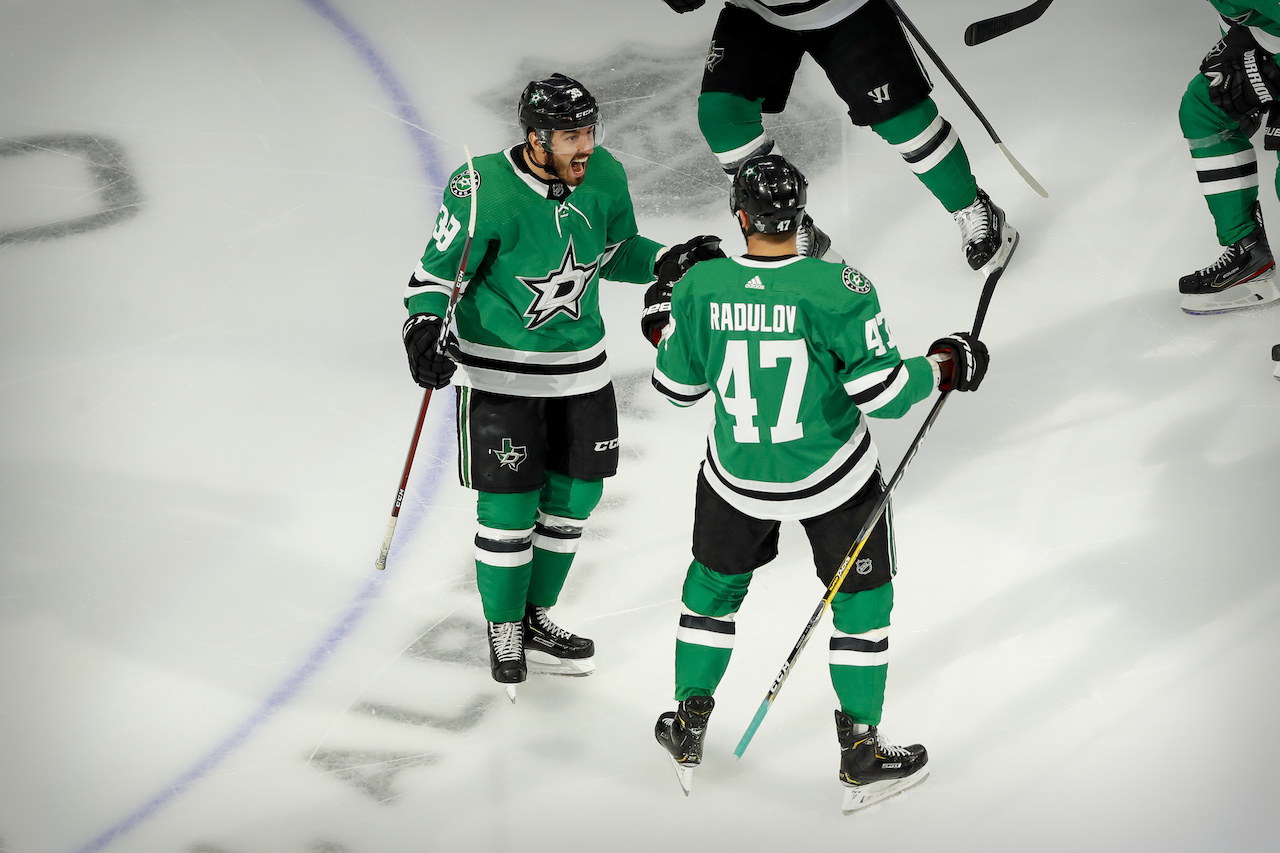 First and foremost, let’s congratulate the Dallas Stars and the Tampa Bay Lightning for winning the Western and Eastern Conferences! Now, let’s talk about the finals. This is the first time these two franchises will face each other in the Stanley Cup Finals. Before the Covid lockdown, these teams faced each other twice in the regular season. The Stars won both meetings in what turned out to be a two game home and home series.

The first victory came on the road in OT with Tyler Seguin potting the winner in the 3rd minute. But the key to victory was the play of Anton Khudobin. He turned away 45 out of 48 shots by Tampa for a .938 Save%. and out playing his counterpart. The second win also came in OT at home. Jaime Benn potted the winner in the 2nd min. Vasillevskiy played better in this game, but was slightly outplayed by Ben Bishop. These two games tell us the Stars match up well against the Lightning.

Since these two matchups we have had injuries come into play. The Stars lost their number goalie Ben Bishop and the Lightning lost their Captain Steven Stamkos. Both of them played big roles in their regular season meetings. But here we are. We have seen both of these teams win every which way, offensive or defensive hockey. So I fully expect an exciting series for diehard hockey fans as well as fans just tuning in for the first time.

We have seen all the top players on both teams making big plays throughout these playoffs. But there is always a player that seems to rise up to the occasion in the playoffs. For the Stars, it’s Miro Heiskanen, the No. 3 overall pick in the 2017 NHL Draft. The 21 year old Defenseman is living up to every expectation. And what a time to flourish and showcase his skills. He has 22 points in the playoffs and is playing like a veteran. For the Lightning, the story is different for Brayden Point, the 79th overall pick in the 2014 NHL Draft, he had to work hard to make the team, but this 5’10’ dynamo has earned his place by potting multiple OT winners highlighted by the 5 overtime win over the Blue Jackets.  He has 25 points this postseason. They are definitely leading the Conn Smythe race in these 2020 Stanley Cup Playoffs.

After all the research, analysis, and the eye test I know Tampa is a very talented team, however so are the Stars. The Stars began to believe in their back up goalie, Anton Khubodin in the Vegas series, and that told me everything I needed to know. Also, guys like Benn, Pavelski, who will most certainly be first ballot Hall of Famers and a Seguin in his prime, the Stars are clicking on all cylinders. There is simply too much value on the underdog and the Stars are the play for all of you NHL bettors out there.