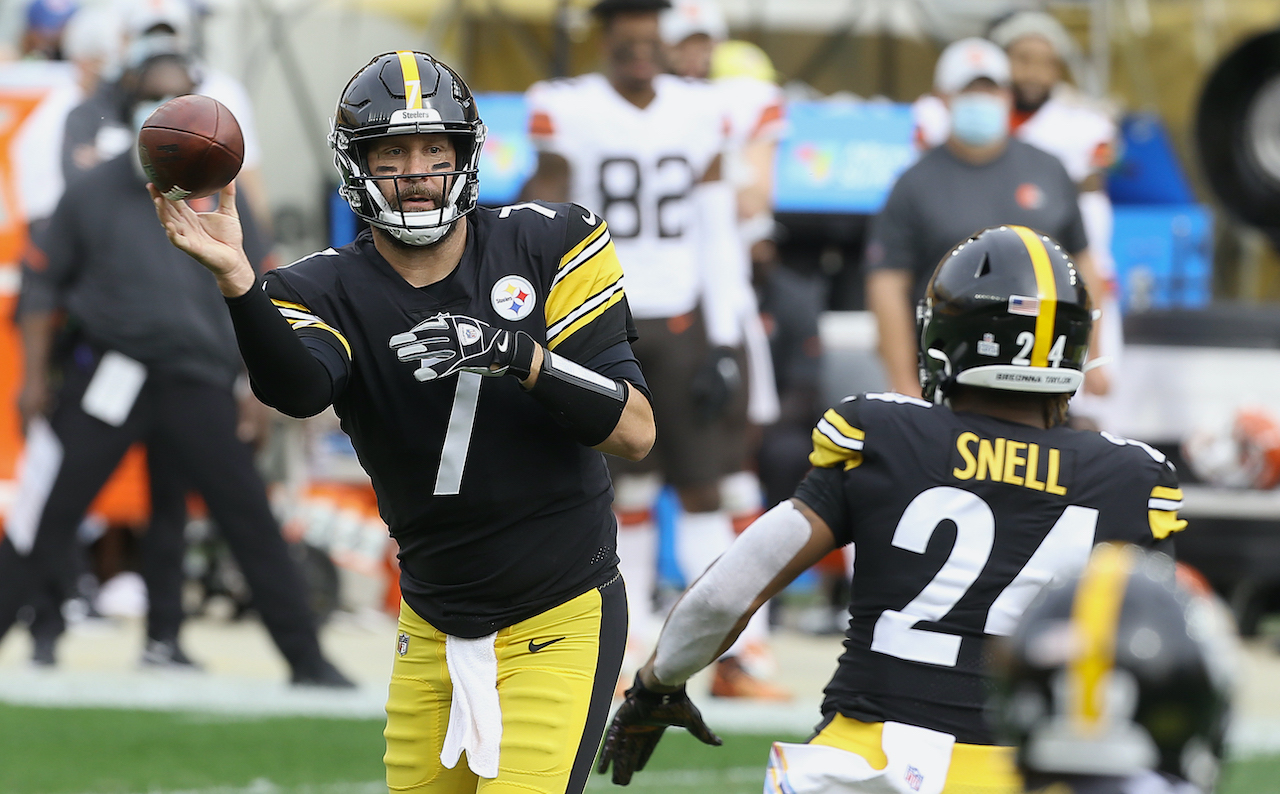 Who would have thought the Week 7 Thursday night would have been that exciting. It was a dog fight until the end with the Philadelphia Eagles squeaking out a 22-21 victory over the New York Giants to remain atop the NFC East. While we lost our MAX play (3 units) by backing the Eagles in the points, we are ready to make it back on the Sunday slate of games.

2020 is such a Browns year. They are 4-2, yet they are third in the division. We have seen a tale of two Baker’s. When he plays against good teams, he flops. But against inferior opponents, he shines. The Browns are down Austin Hooper, but he really hasn’t done much to live up to his contract. That being said, the Browns have Kareem Hunt, Jarvis Landry, and Odell Beckham Jr. to pace the offense.

We look at the Bengals and they are down stud RB Joe Mixon, which means Giovani Bernard will see the bulk of the work out of the backfield. That’s not a bad thing, but losing your best player on offense never helps. The Bengals have been fun to watch and seem to have a bright future behind Joe Burrow. I see the Bengals scoring some points against the Browns poor pass defense. However, when push comes to shove, Myles Garrett will be the difference maker.

Talk about two teams heading in opposite directions. The Bills are coming off of back to back losses to the Tennessee Titans and the Kansas City Chiefs. The Titans blew them out. The Bills played much better at home against Kansas City, but could not get the W. The Bills will be without all their TEs due to Covid and contact-tracing, but that shouldn’t change much as the position is seldom used in their offense.

We look at the Jets and it looks like Sam Darnold is playing. Honestly, does it really matter? The Jets are a mess. There are odds on whether they finish the season winless. They don’t do anything positive to discuss. Somehow Adam Gase is still the head coach. But I think that can be their strategy. Keep Gase until they get Clemson QB Trevor Lawrence. At this point we are just waiting on the fire sale. The Bills should be able to run all over the Jets then set up the deep ball to Stefon Diggs. The Bills are 10.5 point road favorites, but in this 6-point teaser, we get them at just -4.5 points.

What a matchup of undefeated teams! The Titans have been playing well enough to win.  But their defense has not been that good, as they have had trouble stuffing the run. The offense has been the key, but now they lost their starting Left Tackle, Taylor Lewan for the season. They are now without both starting tackles from a season ago. Jonnu Smith is dinged up.

The Steelers are rather healthy. Their Defense has been good and leads the league in sacks. This will be key against the Titans line. We have seen just how good Chase Claypool can be. I think the Steelers star players on both sides of the ball really show up today. The Steelers are 1 point underdogs, but with the teaser we lock them in as +7.