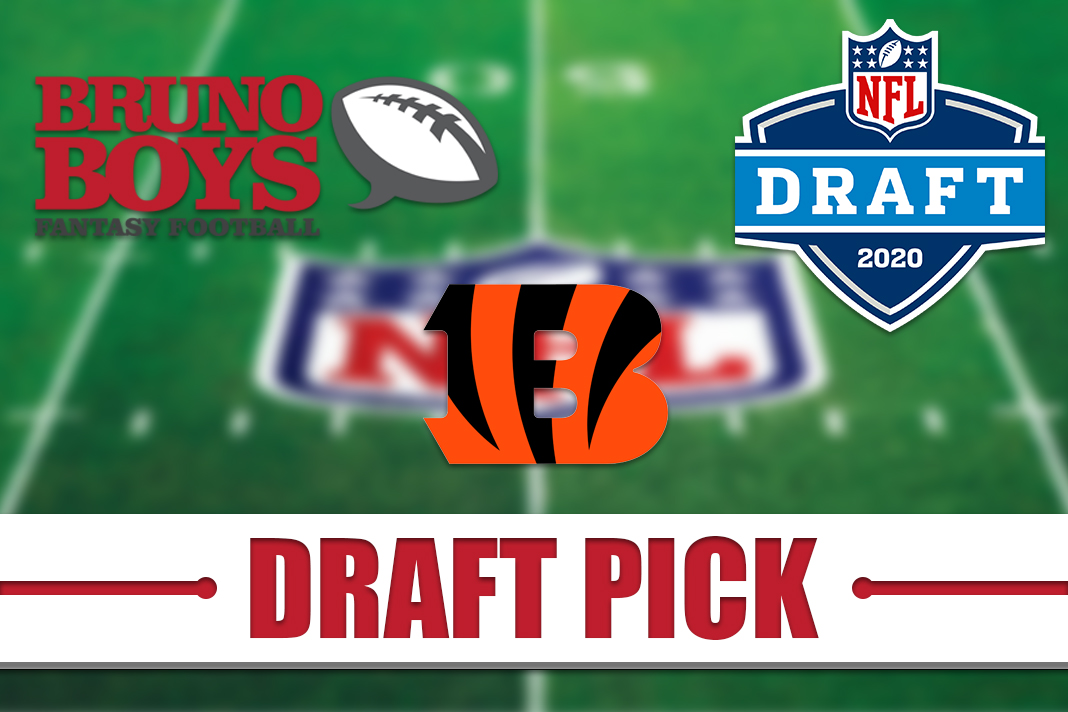 The Cincinnati Bengals left little drama with the first overall pick of the NFL Draft as they selected quarterback Joe Burrow from the Louisiana State University, where he led the Tigers to a National Championship after a breakout season, throwing 60 touchdowns (5 additional touchdowns rushing), 5,671 yards and just six interceptions. There were rumors of the Dolphins trying to move up in the draft but the Bengals stood firm with a franchise quarterback with no red flags sitting there for the taking.

The 23 year-old Burrow transferred from Ohio State to LSU prior to the 2018-2019 season, after he sat behind Dwayne Haskins (NYG) and J.T. Barrett. In the 2019-2020 season, Joe Brady became the Tigers’ offensive coordinator that season, installed a spread offense and the receivers blossomed with Burrow leading the system. He had a 75% completion percentage against top 10 ranked opponents and dissected every kind of defense he saw. Burrow’s full season 76.3% is the second best completion percentage in a single season in FBS history.

Burrow will have his work cut out for him as the Bengals ranked 26th in overall offense, 19th in passing and 25th in rushing. Head coach Zac Taylor will need to see what worked for Burrow in Brady’s aggressive play calling, who also worked with Drew Brees and the Saints prior to coming to LSU. Taylor needs to galvanize this offense in his second season with the Bengals by keeping A.J. Green focused and signing his franchise contract.

Improving the pass game and re-establishing a run game with Joe Mixon and Giovanni Bernard are a priority. Burrow will also have Tyler Boyd and an injury-prone John Ross to throw to. Other than C.J. Uzomah, tight ends will need to be addressed in the draft as well as interior offensive linemen.

Provided that Burrow is able to shorten the learning curve, he could eventually provide a boost to the Bengals offense and make players like Green, Boyd, and Mixon relevant again. It’s usually way too early to draft a player like Burrow in redraft leagues, but he could be a factor in franchise and dynasty leagues.

The Bengals started the 2019 season throwing the ball a ton, leaving the run game to rot. After starter Andy Dalton was benched in favor of Ryan Finley who started in Weeks 10-12 losses, Dalton returned to finish the season out. Dalton has yet to be dealt due to a large contract, and unless he’s dealt, it will be assumed that Dalton will mentor Burrow or start out the season as the starter until Taylor decides that the rookie is ready.