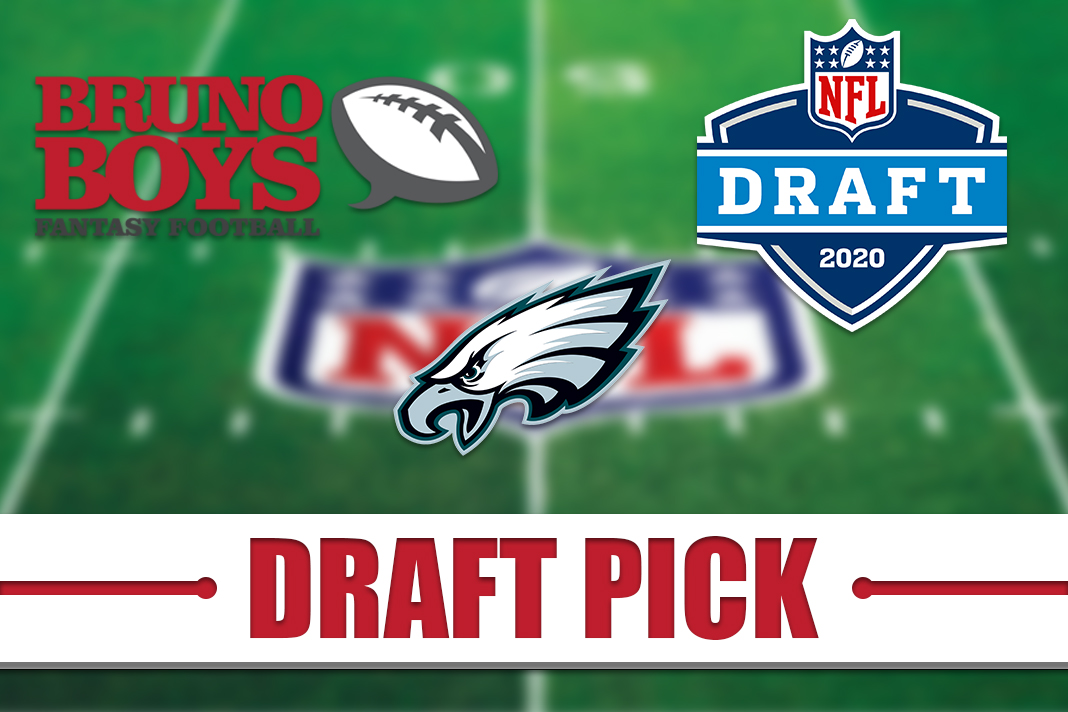 Carson Wentz is a dynamic quarterback but his short tenure in the league has had its ups and downs that’s been marred by injury. So what should we make of the Eagles selecting Oklahoma quarterback Jalen Hurts (who started a story college career in Alabama) who many believe he could develop into a starting quarterback.

Hurts has played in two big programs: Alabama in the SEC and Oklahoma in the Big 12. He had his best season for the Sooners with 32 touchdowns and just eight interceptions last year. He threw for 3,851 yards and also rushed 233 times for 1,298 yards and 20 touchdowns. So he’s a legitimate dual threat quarterback, which means he could be on the field at the same time as Wentz.

While he didn’t go in the first round, the 53rd overall pick is still high for a backup quarterback. The Eagles are usually smart with their draft picks so it raises some eyebrows. Look, a backup plan is good, but a second round pick is going to start the birds chirping.

Given Hurts’ RPO ability it’s valid to think that his only role in his rookie season is to hold a clipboard. One would say this is an expensive insurance policy for Wentz, but given some of the past draft picks who have not panned out, the Eagles could be changing some of what they do going forward. They’ll be an interesting team to watch. He has no fantasy value unless Wentz goes down but keep a distant eye on his development.