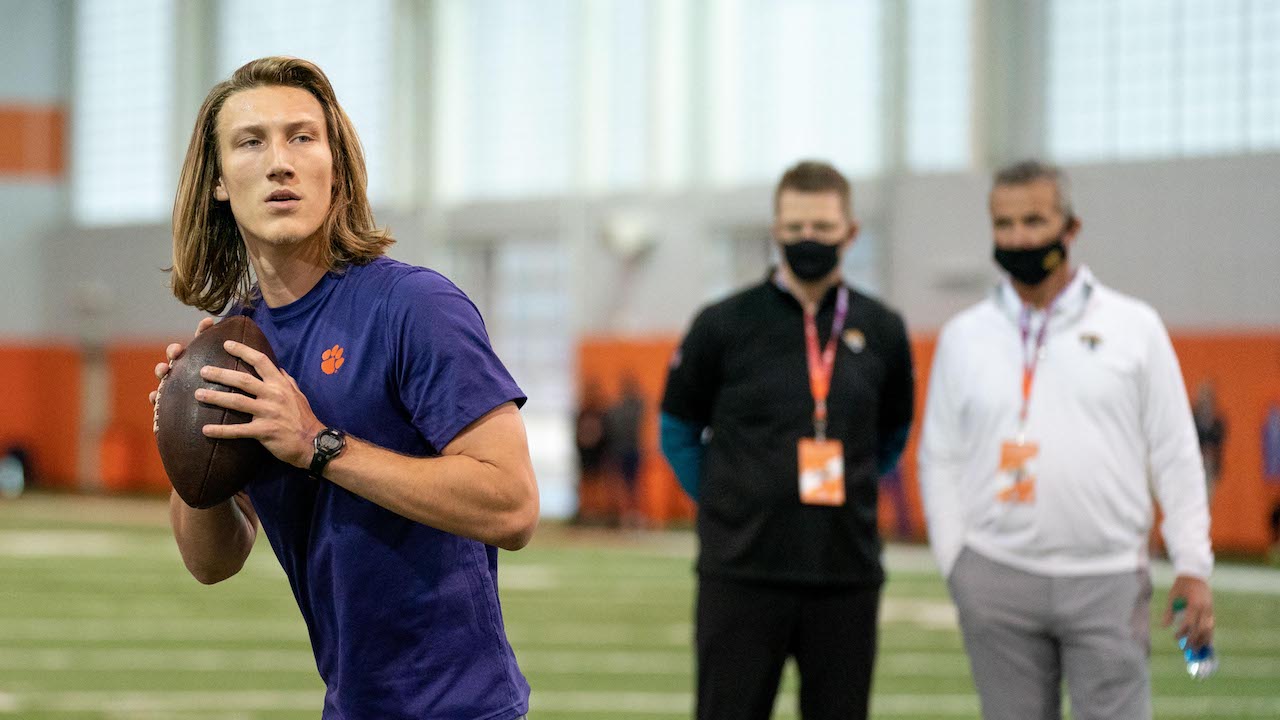 Ever since Trevor Lawrence finished his college career the pick was in. The Jacksonville Jaguars made him the first overall pick of the 2021 NFL Draft. After a 1-15 record in 2020, the Jaguars made a coaching change, and hired former Ohio State head coach Urban Meyer.

Now Meyer will have Lawrence as the centerpiece of his offense and he is as prepared as any incoming rookie quarterback. Lawrence is the most winning quarterback in the FBS College Playoff era. He finished his three years at Clemson completing 66.6% of his passes (758 of 1138 attempts) with 90 touchdowns, 18 rushing touchdowns (with 943 rushing yards), 17 interceptions and a cumulative QB rating of 164.3.

Lawrence is a product of the Peyton Manning school of quarterbacks with exceptional leadership skills, pocket presence, and quick release. Now he needs to beat out Gardner Minshew.

Urban Meyer wouldn’t have come out of retirement if he didn’t have a strong building block to turn around the Jags’ fortune quickly. With pieces like RB James Robinson, WRs D.J. Chark, Laviska Shenault, and FA signing Marvin Jones, there are good pieces surrounding Lawrence.

All that’s needed is a strong o-line and a pass catching tight end. With Lawrence’s dual threat ability, he will be useful in 2QB leagues and be worth pairing with an established veteran QB1.