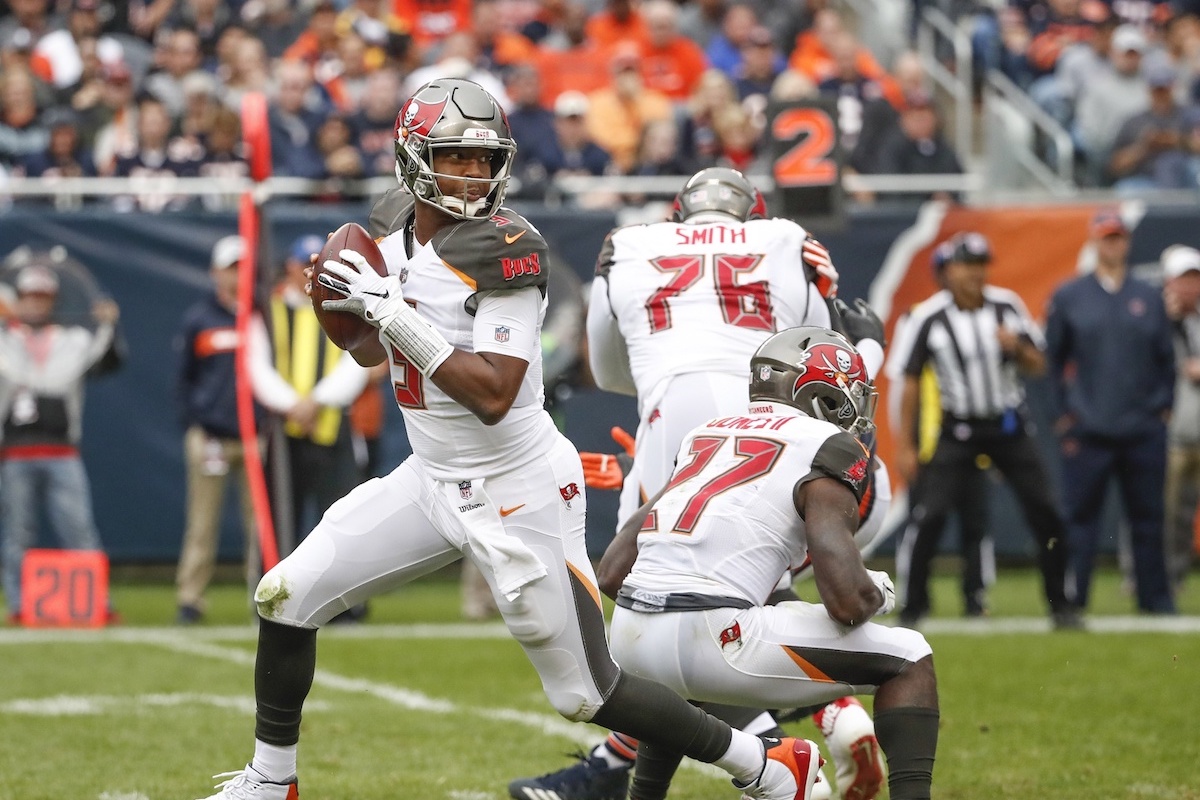 Let’s get things started by taking a look at some fantasy football waiver wire Quarterbacks for Week 5.

“FitzMagic” completely expired on Sunday against the Chicago Bears, and Winston stepped in after halftime in his first game back from suspension Two interceptions are a blackmark, but Winston finished 16-for-20 for 145 yards with a touchdown as well. The second half was all garbage time for Tampa Bay, but production is production.

The Buccaneers have a bye in Week 5, but the schedule sets up favorably for Winston after that. The Atlanta Falcons (Week 6), Cincinnati Bengals (Week 8), Carolina Panthers (Week 9), New York Giants (Week 11) and San Francisco 49ers (Week 12) all entered Week 4 in the bottom half of the league against quarterbacks (ESPN scoring), with the Falcons, Bengals and 49ers in the bottom-seven.

In the 11 games he started and finished last year, Winston threw for at least 270 yards nine times with six 300-yard outings. He’s got all the same weapons around him now, and if you can stash him in a 12 or 14-team league it will be well-worth waiting through a Week 5 bye.