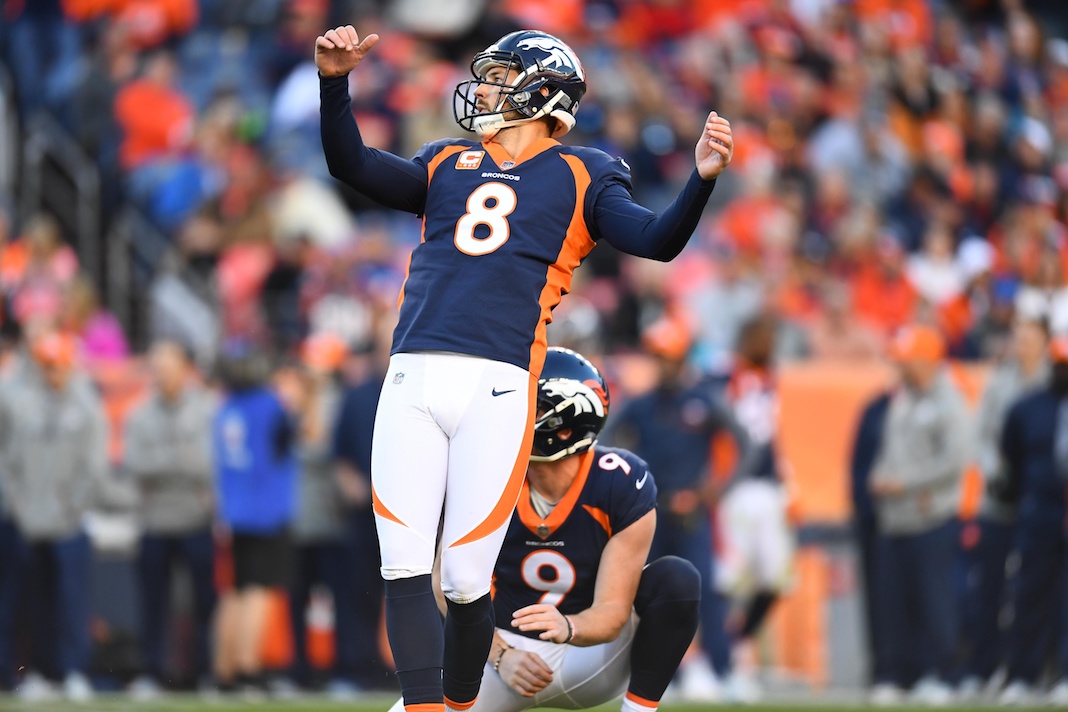 Let’s get things started by taking a look at some fantasy football waiver wire kickers for Week 2.

McManus was a perfect 2-of-2 on field goals and nailed 3 extra points in Week 1. His 13 fantasy points in standard scoring leagues ranked second among kickers.

With the Broncos offense looking vastly improved from last year, McManus should see more kicking chances and this could lead to him being an option beyond just Week 1.

Speaking of Week 2, the Broncos take on an Oakland Raiders team that allowed 5 field goal attempts in the season opener and the most fantasy points to the position. The Broncos are at home and should have no trouble moving the football, making McManus the top fantasy football waiver wire kicker to stream this week.