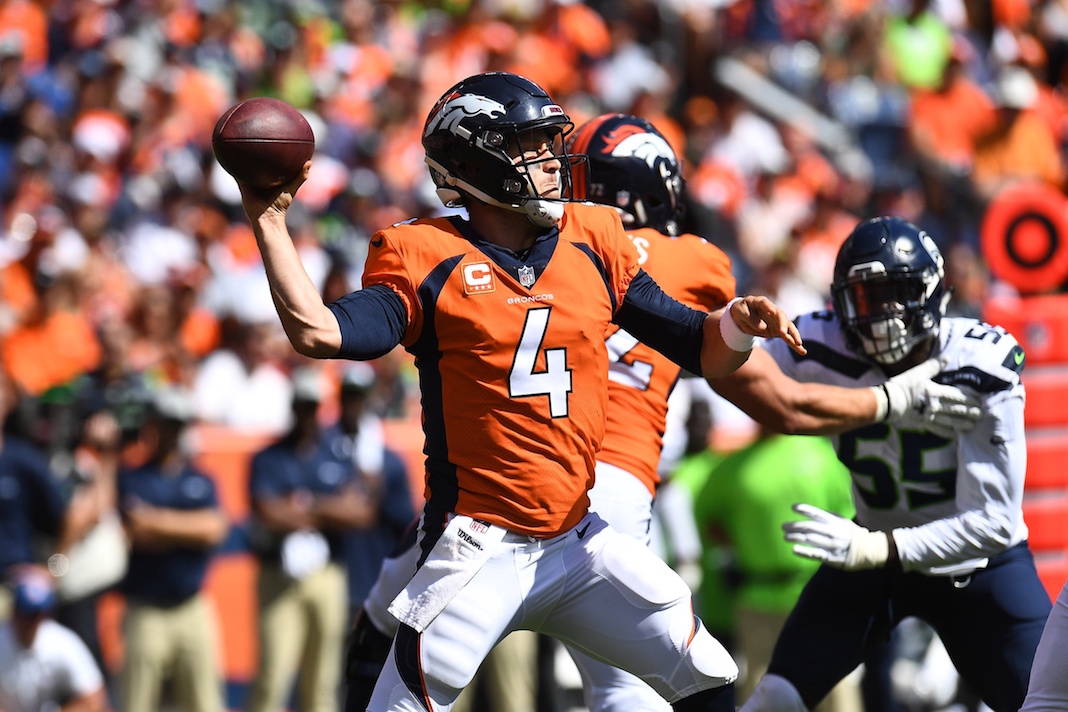 Let’s get things started by taking a look at some fantasy football waiver wire Quarterbacks for Week 2.

Keenum went 25-for-39 for 329 yards against the Seattle Seahawks in Week 1, and even with three interceptions he delivered 28.16 fantasy points (Yahoo! scoring). All in all a nice Broncos’ debut, and he’s in line to keep the momentum going in Week 2.

The Oakland Raiders had the league’s 26th-ranked pas defense last year, including a league-low five interceptions, and their additions at cornerback were Rashaan Mevlin, Leon Hall and Dominique Rodgers-Cromartie as Jon Gruden continues to think this is five years ago. Monday night’s showing against the Los Angeles Rams will be worth watching, but the Raiders pass defense should remain among the worst in the league.

Keenum may have similar stat line to Week 1 in Week 2, but without multiple interceptions. He’s on a fast track to being a must-add, particularly as a streamer for Week 2 and a second quarterback in two-quarterback leagues.