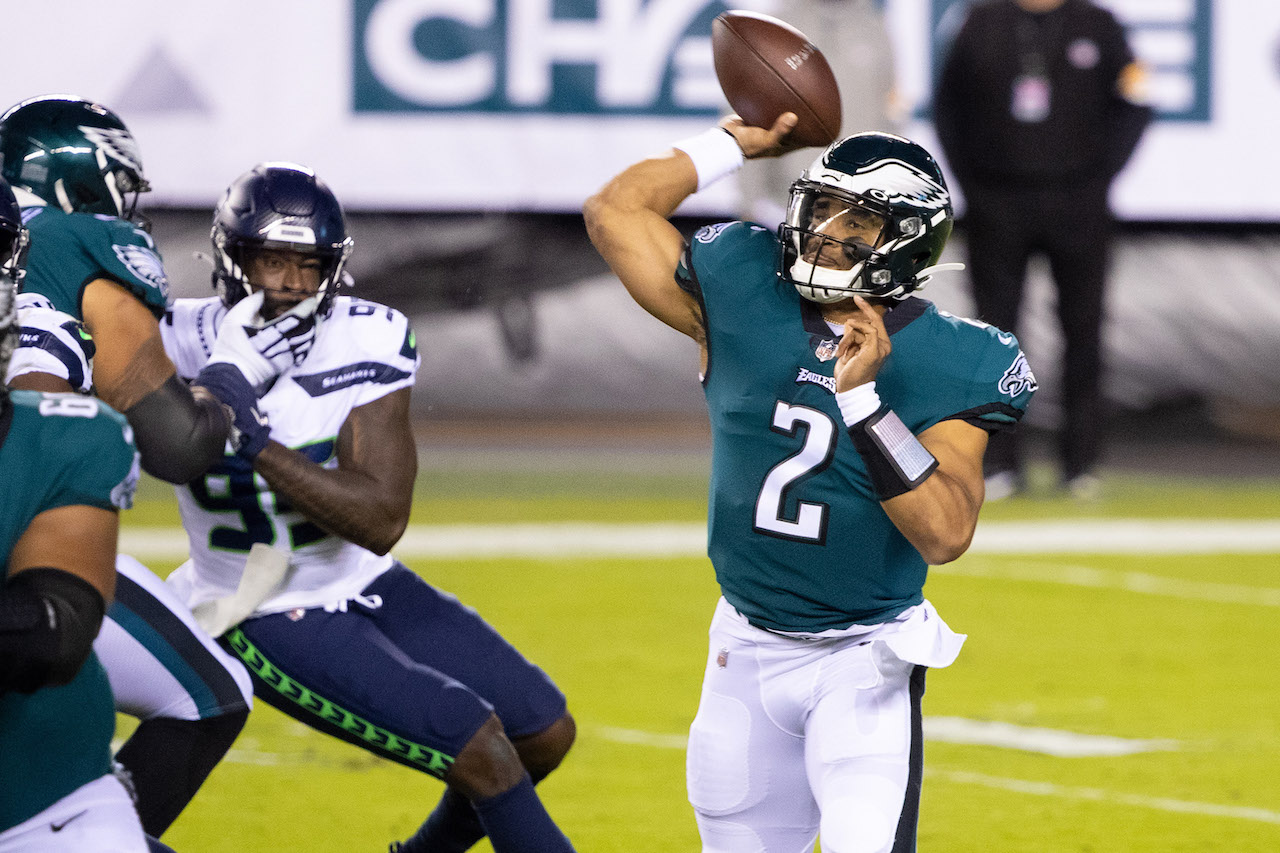 Let’s get things started by taking a look at some fantasy football waiver wire Quarterbacks for Week 14.

Hurts stepped in for Carson Wentz in Week 13 against the Green Bay Packers, and the rookie seemed to spark something as he went 5-for-12 for 109 yards with a touchdown (and and interception) along with 29 rushing yards. The door is open for Hurts to start in Week 14 against the New Orleans Saints, and perhaps for the rest of the season.

If Hurts gets the start against the Saints, it’s not a great matchup against a top-tier defense defending quarterbacks. Week 15 (Arizona Cardinals) and Week 16 (Dallas Cowboys) would be easier, with a nod to Hurt’s mobility to raise his fantasy floor and ceiling.

Hurts is a speculative add until it’s confirmed he’s going to replace Wentz as the Eagles’ starter in Week 14 (and possibly beyond). But he’s a name to a least stash away, and in deeper leagues he’s a viable add even without clarity as the confirmed Week 14 starter.