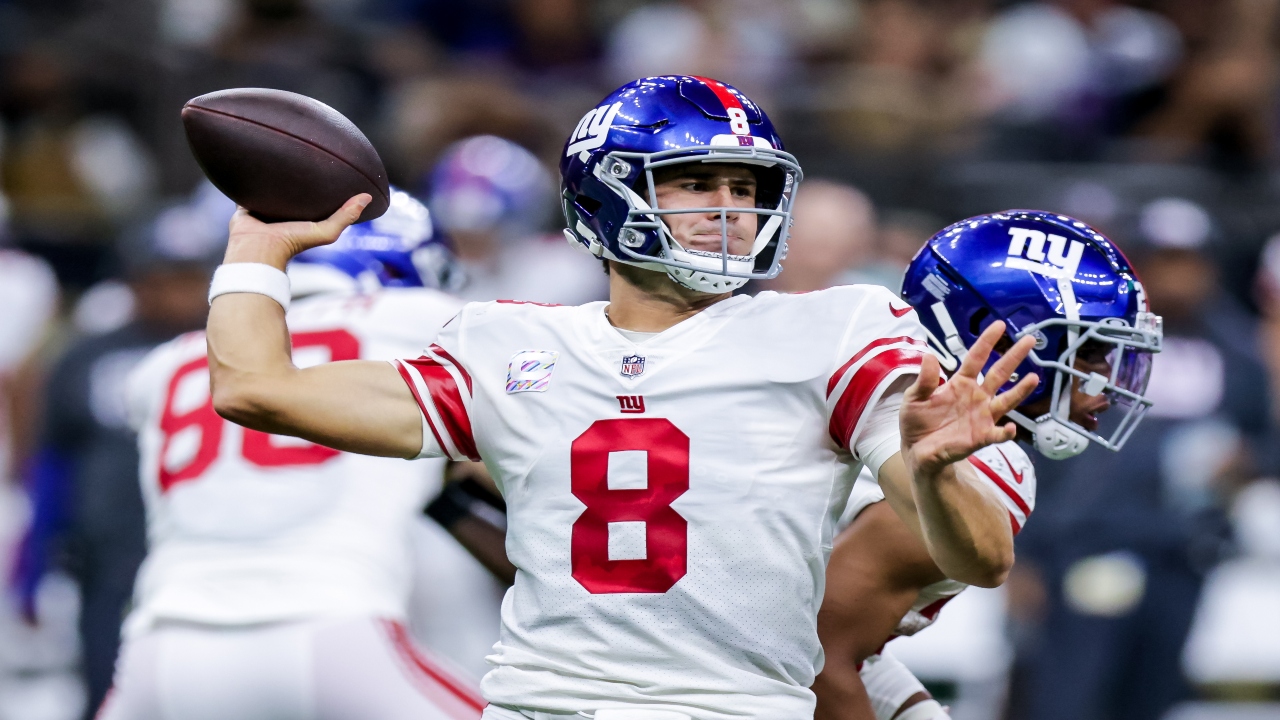 Jones went 28-for-40 for 402 yards with two two touchdowns and an interception, along with 27 rushing yards and a two-point conversion run, against the New Orleans Saints in Week 4. So much for a tough matchup, even with overtime to boost his numbers (he had 335 passing yards in regulation). “Danny Dimes” has now topped 20 fantasy points in three of four games this season.

In Week 5 Jones gets the Dallas Cowboys, who entered Week 4 allowing the ninth-most fantasy points to quarterbacks (Yahoo! scoring). They have allowed over 300 passing yards in all four games this season, however aided by pass-heavy opponent game scripts late in each of the last two weeks.

In Week 6 Jones gets a far tougher matchup against the Los Angeles Rams, but there’s definitely potential for heavy pass volume there. Then it gets easier again, with the Carolina Panthers, Kansas City Chiefs and Las Vegas Raiders on the slate from Week 7-9.

Jones can be bought into as a low-end QB1 on a weekly basis in fantasy now, at mininum. If wide receivers Sterling Shepard and Darius Slayton get back on the field in Week 5, or anytime in the near-term, all the better.