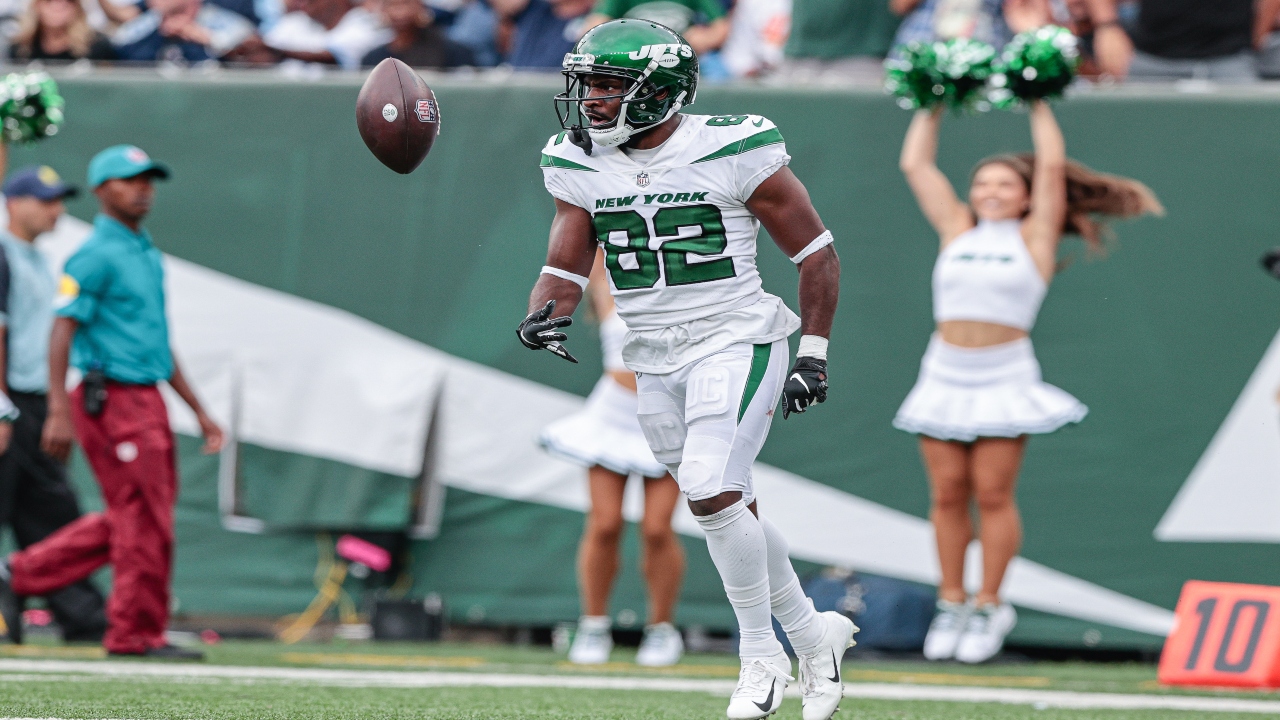 Crowder made his 2021 debut in Week 4 against the Tennessee Titans, and he stepped right in as a prominent target or Zach Wilson with seven catches for 61 yards and a touchcown on nine targets. It’s not a coincidence Wilson also had the best game of his young career.

Crowder was an underappreciated fantasy asset in 2019 and 2020, finishing as WR26 overall and WR25 on a per-game basis in full PPR respectively. The Jets will be facing plenty of negative game scripts, and Crowder is back in the mix for targets.

Week 5 brings a nice matchup against the Atlanta Falcons. After a Week 6 bye, only the New England Patriots in Week 7 stands out as particularly tough on the schedule. As the Jets’ slot receiver, Crowder can generally avoid an opponent’s best corner and he’ll be a reliable target for Wilson.

Crowder is a slightly better asset in PPR leagues, but he should be added in all 12 and 14-team leagues as a WR3/WR4/bye week fill-in ahead of the start of bye weeks. An early bye in Week 6 adds to the appeal.