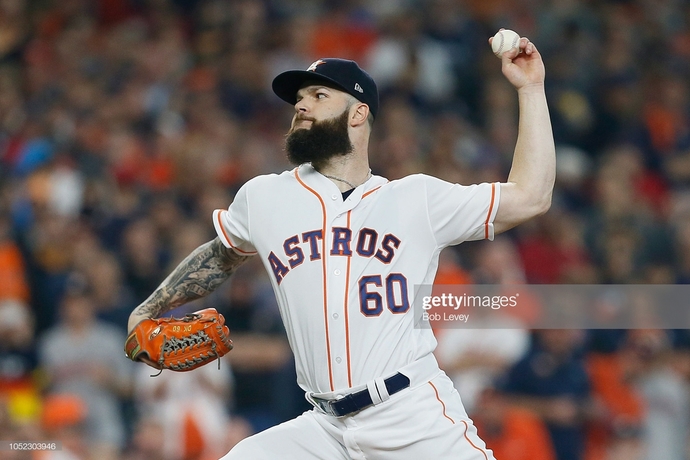 We’re now entering the first week of June, and fantasy baseball owners have to be hitting the waiver wire regardless of where they are on the standings.

Here are our five must adds off your fantasy baseball waiver wire for the new week here at Bruno Boys.

Note: Stats are through action on June 2

Now that draft pick compensation has gone away, Keuchel should sign with a team soon. How quickly he’ll be ready to pitch is a big question, but agent Scott Boras recently suggested the 2015 AL Cy Young Award winner would be ready in a week if his new team wants it.

Keuchel rebounded after a couple injury-shortened seasons last year, with a 3.74 ERA over 204.2 innings (34 starts) for the Houston Astros. The skills decline is real, with drops in strikeout rate and ground ball rate in 2018, but Keuchel is still an above-average pitcher.

Even on the idea he won’t be ready until July, Keuchel is a worthy stash right now ahead of a possible waive to add him.

Nelson has missed the last season-plus after shoulder surgery, and he was shut down with a sore elbow for a time earlier this year. But after completing a rehab stint he is slated to make his 2019 major league debut Wednesday against the Miami Marlins.

Pitching is always at a premium in fantasy baseball, and with Nelson not stashed before now in most leagues it’s time to add him.

Kieirmaier will not be a batting average stud, but when’s been healthy he has always put up solid counting stats. AL-only league owners should already have him on the radar, but Kiermaier looks like a mixed league asset too.

The Phillies lost 8-0 to the Dodgers on Sunday, which obscures Pivetta’s strong outing (six shutout innings, nine strikeouts, zero walks) before the bullpen blew it. He’s made two starts since called back up and being put back in the rotation, with a 15:2 K/BB ratio and a 2.45 ERA over 11 innings.

Pitch counts have been a thing for Pivetta over those two outings, with 106 and 82 pitches respectively. But that’s a nit-pick, since starters rarely work deep in games anyway.

Pivetta needs to prove his two-start revival has sustainability, bu he’s found it and he’s worth adding to see if he can keep it going.

Mercado’s batting average has slipped below .300 in the first couple days of the new month, but he’s still got a solid .278/.350/.389 slash-line, a home run, four RBI, two steals and 13 runs scored over his first 50 major league plate appearances.

In concert with hits in five of his last seven games (multiple hits three times), Mercado has moved up the No. 2 spot in the Indians’ lineup. That’s good news for his fantasy value, if only in terms of more plate appearances (opportunities).

Cleveland can give Mercado every day at-bats through any struggles, and his minor league track record suggests he can be a rare difference maker in the stolen base category while being an across the board contributor.