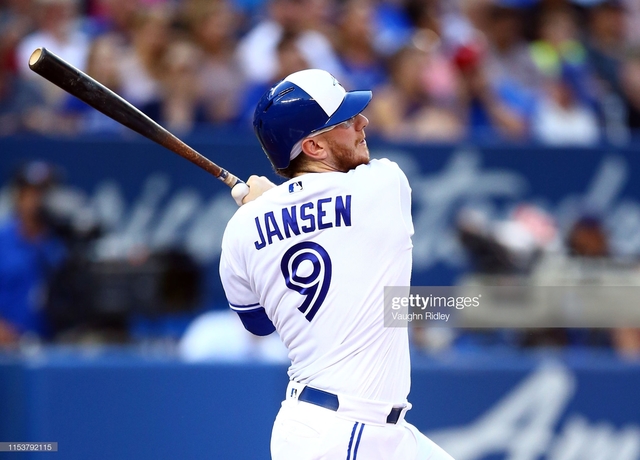 We’re at the MLB All-Star break now, which might serve as an excuse for fantasy baseball owners to take a midseason rest of their own. But that’s not a good plan, and the waiver wire is of course still open for business.

Here are our five must-adds for the new week.

Note: All stats, trends, etc. are through games on July 7.

Pollock has been out since late April due to an elbow infection, but he’s in line to be activated coming out of the All-Star break. He wasn’t producing much when he went on the IL (.223, .617 OPS, two home runs, 14 RBI over 28 games), but he has delivered double–digit home runs and steals in three of the last four seasons with an OPS of at least .800 in all three of those campaigns.

Pollock’s injury history has to be noted. But he’s a potential difference maker in the second half of the season, and well worth stashing in mixed leagues.

Jansen was easy to see as a budding fantasy asset heading into the season, then he promptly hit .170 (.217 BABIP) with two home runs and a 38-year old utility infielder-like .498 OPS through June 25.

Somewhere in-between his cold start and recent scorching stretch is where Jansen should ultimately settle in. But he should be added in all applicable leagues, as a potential top-five fantasy catcher from here on out.

The Mariners haven’t won a lot of games since their unsustainable hot start, but Elias is 6-for-7 in save opportunities since the start of June with a stretch of seven straight scoreless appearances and one run allowed in nine appearances in the midst of that stretch.

Elias allowed runs in back-to-back appearances heading into the All-Star break, with a blown save when he entered the game to clean up a bases loaded one-out jam. That may open the door for a change at closer, and heading into the trade deadline a left-hander like Elias may get interest from contenders.

But saves and decent ratios bring fantasy value, and as long as he’s a Mariner Elias should have both. Even possibly in the short-term, don’t ignore him simply because he’s on a bad team.

After posting a 4.78 ERA over five starts in June, Gray rebounded nicely with eight shutout innings (four hits allowed), 12 strikeouts and one walk against the Milwaukee Brewers last Wednesday. Overall this season he has a 3.78 ERA over 90.1 innings (17 starts), with a career-best K/9 rate (10.3).

After trading fastball usage (35.1 percent, via FanGraphs) for a cutter (20.4 percent) with the Yankees last year, Gray has gone back toward the pitch mix that made him good with Oakland (50.4 percent fastball usage this year) with an uptick in how often he throws his curveball (22.6 percent). The reunion with his college pitching coach in Cincinnati is working.

Gray is easy to forget about, though it appears Yahoo! league owners noticed his dominant outing last week with a 10 percent jump in ownership over the last few days. Still, be ready to take advantage of any owners in your league who are resting.

Hendriks took over as Oakland’s closer when Blake Treinen went on the IL, and he’s in line to keep role even with Treinen’s return. With Sunday’s save against the Mariners, Hendriks now has five saves (three in July) with a 1.24 ERA, a 63:17 K/BB ratio and just one home run allowed over 50.2 innings this season.

Even with 16 saves, Treinen wasn’t pitching particularly well before being sidelined by a shoulder injury (4.08 ERA, 36 strikeouts, 21 walks over 35.1 innings). So he’ll have to earn the closer role back in lower leverage innings, and even then a change won’t come if Hendriks continues to pitch well.

Hendriks’ ownership rates have not climbed much, so the All-Star break presents a nice opportunity for those in need of a boost in saves.