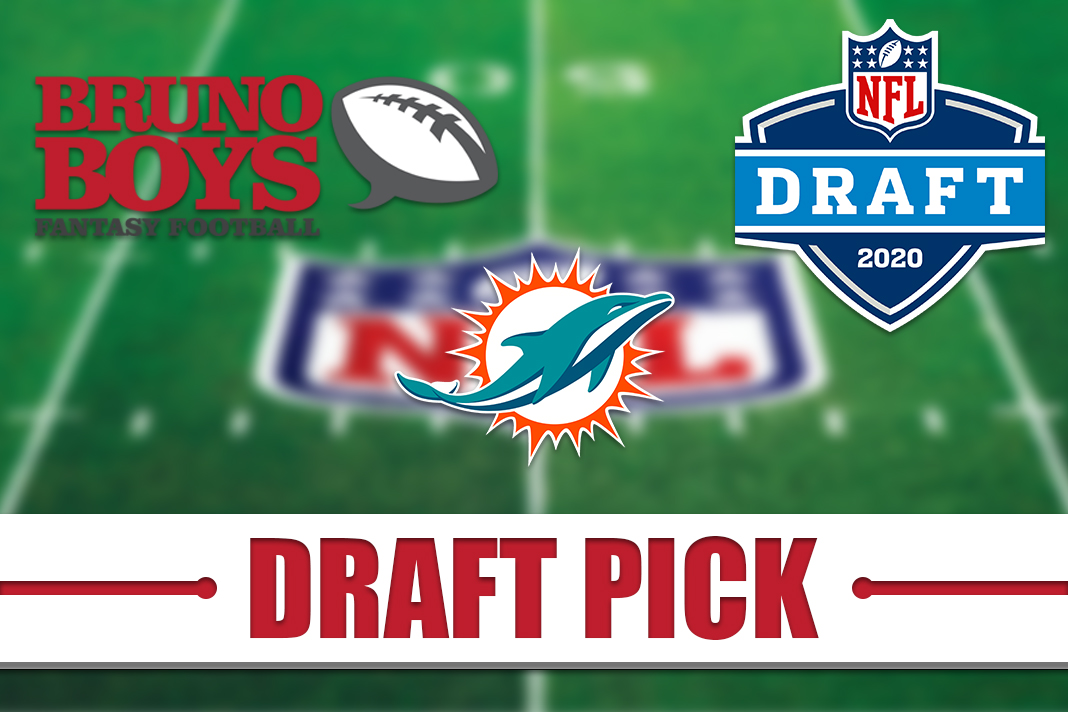 The big question headed into the draft was where would the Alabama quarterback, Tua Tagovailoa would be selected. With the fifth pick overall, the Miami Dolphins selected him and never had to move up the draft.

When healthy, the left handed Tagovailoa has drawn comparisons to Russell Wilson, not because he is a double-threat, as much as his decision-making and ability to make the right play at the right time.

As a true freshman in 2017, Tagovailoa backed up Jalen Hurts and famously replaced an ineffective Hurts in the National Championship game against Georgia and led the Crimson Tide to a 26-23 overtime victory with a game with a game-winning 41-yard touchdown pass.

Tagovailoa would go on to earn the start the following fall, leading Alabama back to the National Championship game following a superb season, with the one blemish being a loss in that final game. He passed for 43 touchdowns and 3,966 yards with just six interceptions. He followed that up with another brilliant season in his junior year, passing for 33 touchdowns, 2,840 yards and just three picks in nine games.

The big red flag for Tagovailoa was a late-season hip dislocation which ended his season prematurely and led to a tough recovery. He also has a history of a high ankle sprain, but in a much-publicized one hour workout, the former Crimson Tide QB looked ready to go for the draft. However, will be remain an injury risk in his pro football career?

Assuming they can keep him healthy, he will absorb the moxie from veteran starter Ryan Fitzpatrick while Tagovailoa continues to strengthen and work on keeping his body healthy. Again, rookie quarterbacks are not a fantasy option until they’ve been named the starter and for now, given Tagovailoa’s injury history, they would do well to take their time as they continue to rebuild.

What could be drama is how fast Togavailoa will pass Josh Rosen in the depth chart, as the former first round pick has been unsuccessful holding a starting gig on two NFL teams.

The Dolphins are sure to add to their talent pool in this draft, especially at receiver and running backs so we’ll see how much more is added as the draft continues. RB Jordan Howard is going to be a bell cow but we’ll see if the team adds more speed. Right now, Davante Parker and PPR receiver potential Preston Williams are holding the fort at receiver.