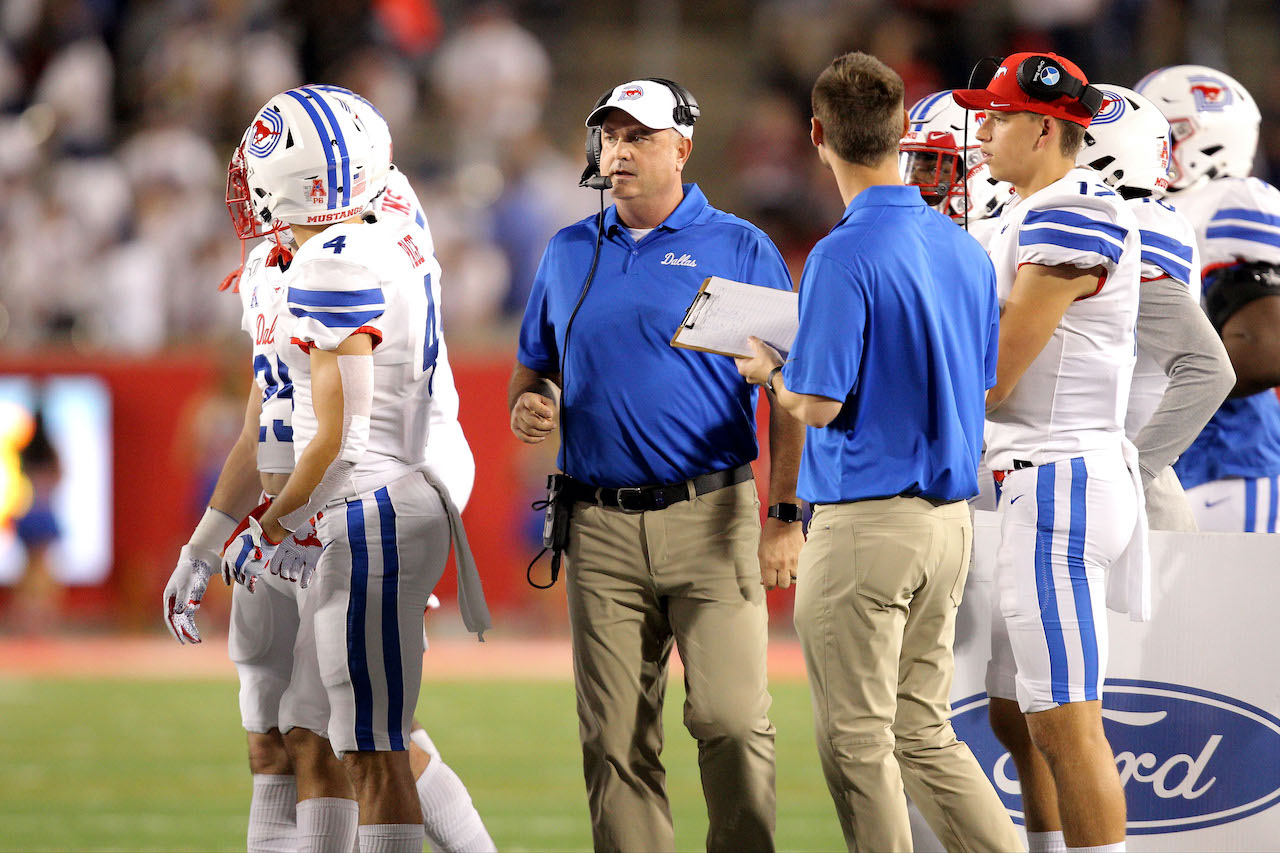 It’s a full slate of NCAA games this week. With the Big 10 and the Mountain West competing this week the only remaining conference not playing is the Pac-12, which will be opening up in two weeks. There is nothing better than multiple sports bets going on at the same time and we already gave you BYU -28 in the late night slate, but now we are traveling to Texas to take a look at a tight matchup against two top-20 teams.

Editors Note: Every week throughout the NCAA football season our newest sports betting writer, Greg Matson of California Wager, will review different college football games from a sports betting point of view. Greg will also dive into some further game analysis for his favorite picks of the week, as well as give the readers a weekly college football preview.

It looks like Sonny Dykes has found a home at SMU. With the Mustangs leading the AAC in most offensive categories, like most Dykes led teams, tonight should be a great test for them against a much to prove Cincinnati Bearcat Defense. Dykes offense has been improving each week and tonight should be a fun one.

SMU has been absolutely explosive this season and each week they seem to be opening the playbook even more, allowing QB. They will have to work through the season-ending knee injury to receiver Reggie Roberson Jr, but Rashee Rice and Danny Gray should be able to fill the gap and continue to keep the Mustangs rolling.

Cincinnati returns after Covid-19 issues and will now need to get themselves ready for the best pass offense they will have seen this season, in what could be an AAC Title Preview.  There will be opportunity for the Bearcats offensively though as SMU is struggling as well, ranking below the top 40. Throwing the ball effectively will be the key in this one to keep the defense off the field.

Cincinnati’s pass defense to me will struggle immensely tonight against a thriving and gelling SMU offense that even with injuries is showing the ability to throw the ball down the field and put points on the board. I believe they will pull away with some big plays and get the cover.