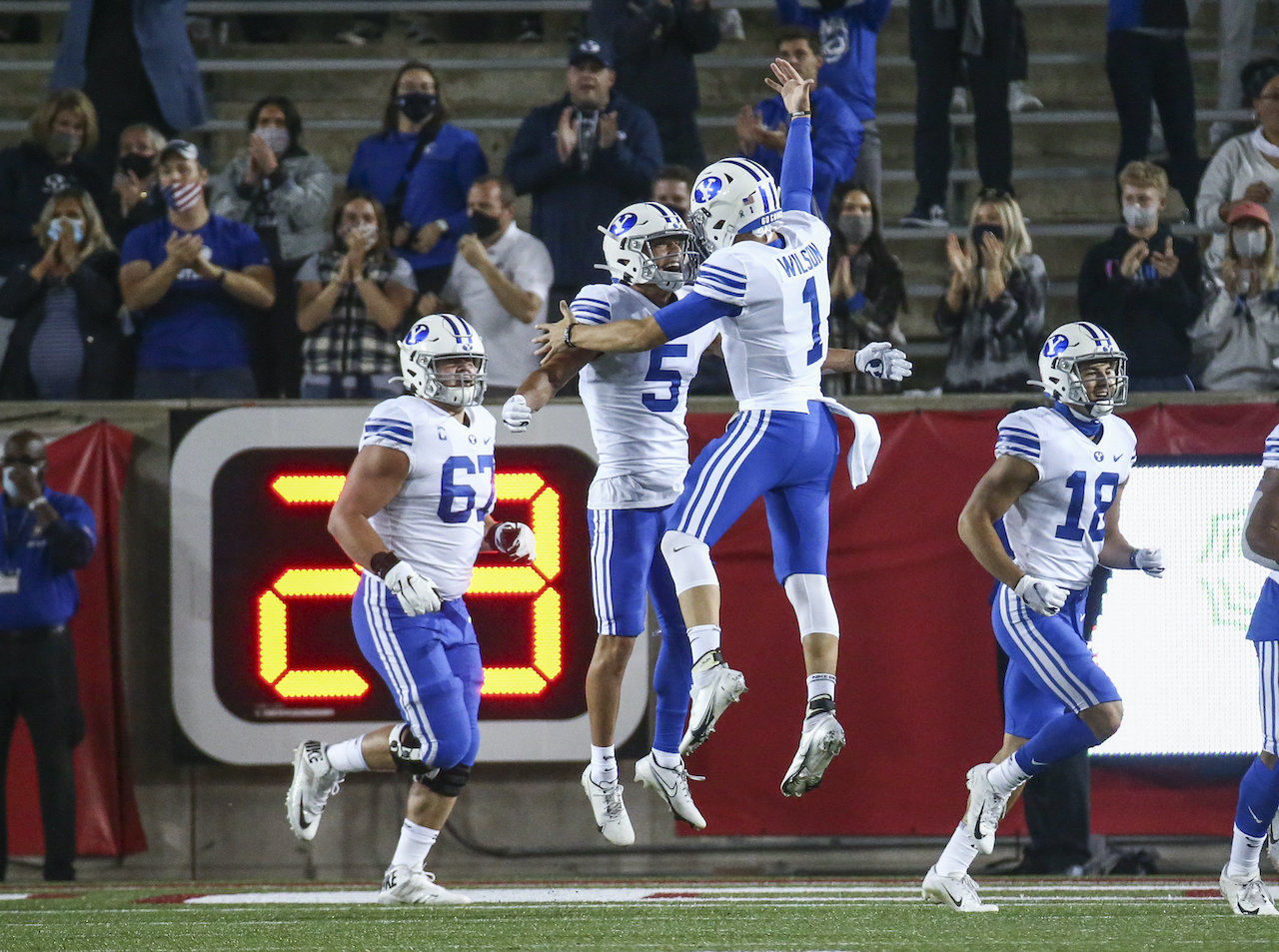 It seems like yesterday it was the season opener of the College Football season; however we are already two weeks in and there are a ton of games I like this week. Also, make note that the BIG 10 has started to play this week as well. The first if many takes place in Provo, Utah when the BYU Cougars try to stay unbeaten against the Texas State Bobcats in what should be a lopsided game.

Editors Note: Every week throughout the NCAA football season our newest sports betting writer, Greg Matson of California Wager, will review different college football games from a sports betting point of view. Greg will also dive into some further game analysis for his favorite picks of the week, as well as give the readers a weekly college football preview.

BYU football is sitting in a position they are rarely accustomed to. Off to a 5-0 start and now moving all the way up to #12 in the country, this team sees the light that is the ability to sneak into a high end bowl game for the first time in a long, long time.

Saturday night is going to be all about BYU and the ability they have to put up as many points in the most fashionable way possible. BYU has been absolutely remarkable thus far through the season, leading tons of NCAAF categories across the board.

Coming off a very impressive second half versus Houston last week, this team continues to show its maturity and growth. With every conference now bringing back football this year, BYU knows they need to win and win big to keep the voters and the public eye on them.

BYU has been absolutely dominant on both sides of the ball, and in all reality I do not expect much fight from this Texas State team, which is now playing its 5th straight road game in 6 weeks. Along with allowing the most TFL in NCAAF D1 this year, Texas State is also coming off a 30-20 loss to South Alabama two weeks ago. This team showed some signs of life early in the year with some nice play, but nothing compares to what they will be facing this weekend in Provo, Utah.

This one to me is as simple as it gets, if BYU is able stay on track and continue racking up points as a historic level, along with the defense continuing to improve week by week I think this one will get out of hand very early. Add to this 6k fans in the stands for the first time and I love this Cougar side.