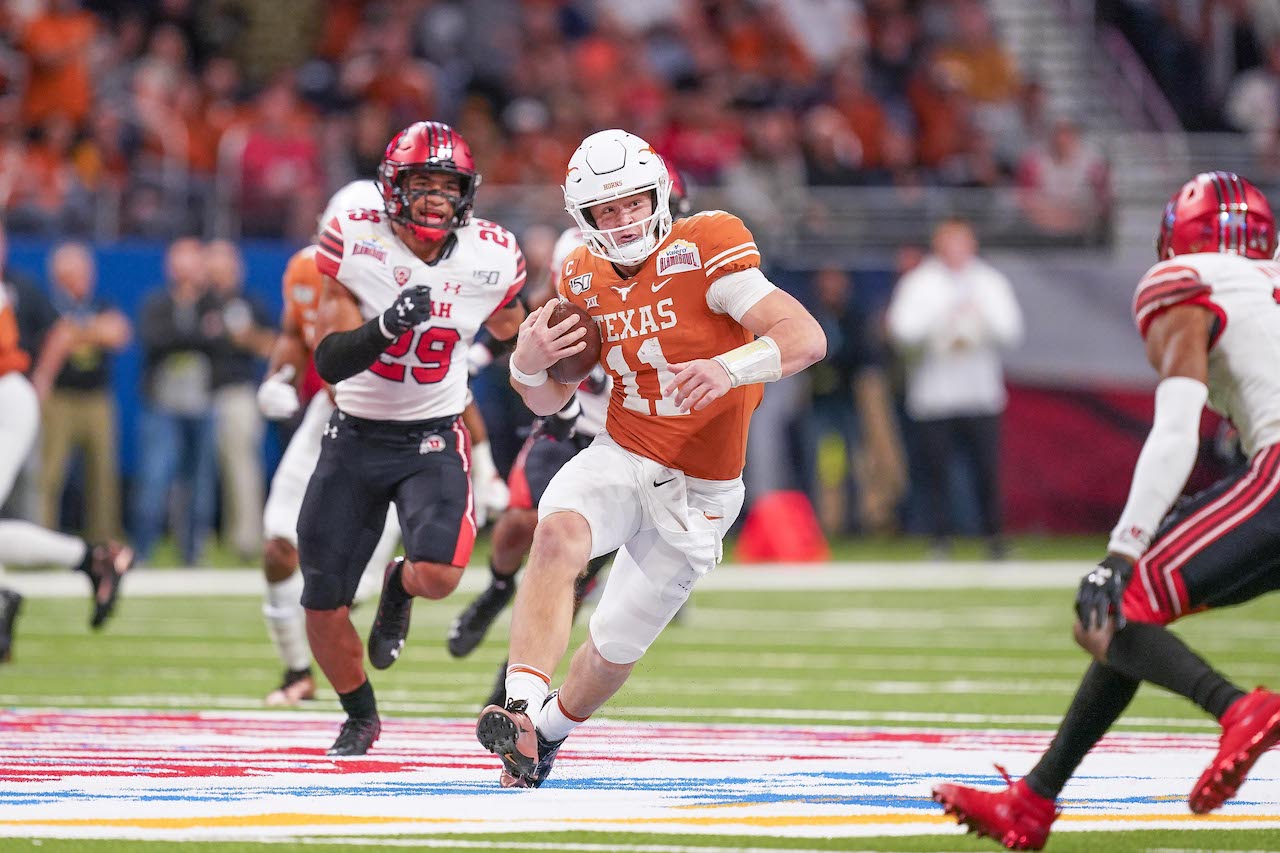 Heisman Trophy candidate Sam Ehlinger and the No. 8 Texas Longhorns (1-0) square up against the Texas Tech Red Raiders (1-0) Saturday, September 26th at 3:30 EST from Jones AT&T Stadium in Lubbock, Texas.

Ehlinger showed why he is a force to be reckoned with last season piling up huge numbers, highlighted by a 32:10 TD to INT ratio. He looks to continue the success as Texas returns 16 starters and comes off another terrific off-season for recruiting (3rd nationally in 2019, 9th in 2020).

Texas Tech on the other hand has been going backwards on and off the field. Falling to No. 49 in national recruiting in 2020 and near the bottom in the Power 5 as well as sneaking out a win last week to Houston Baptist in horrible fashion. The Red Raiders gave up over 600 yards, 572 on the ground and 28 first downs to the FCS opponent. Texas Tech looked completely inept defensively, but QB Alan Bowman did look great at times going 38 for 52 for 430 yards with a TD and INT. Tech put up 35 points in the game and left a lot on the field in my opinion It is of note that starting running back and star Sarodorick Thompson is also coming off a Monday arrest and is expected to play, but there is no doubt it has been a distraction for the team.

U. of Texas head coach Tom Herman has been absolute lightning in a bottle when it comes to underdog covers as he is 13-2-1 ATS (covering by 13.8 ppg) in the underdog role since 2015 between Houston and Texas, and is 8-2 in the same spot as the Longhorns coach. The last time Texas wasn’t the favorite, it won SU as an 11-point dog in the Sugar Bowl against Georgia.

Herman as a favorite has been less successful but times are changing and this game offers a terrific spot to get his Ehlinger in the spotlight. Herman continued throwing the football in the season opener against UTEP, despite being up 50-0 in the 3rd quarter and this is one of the many reasons I expect a high scoring affair. Give me the Longhorns in a blowout, but Tech scores enough for the game total to go over 69 as well.