The National Football League (NFL) original draft schedule in January this year was moved to April due to the COVID-19 pandemic. And this time, the draft commenced virtually. But even with several changes, NFL draft 2020 pursues the event, and all fans and spectators are ready for the said date.

Many expert predictions have been released in the media before the real drafting deal. Will the results be the same as the predictions? Or there will be sudden changes that will surprise the entire association? Here is a tight coverage on how the NFL draft 2020 went and who made it to the top

Joe Burrows on Cincinnati Bengals is locked on a prediction that is highly anticipated to come true by many sports analysts.

Burrows is one of the top quarterbacks who made it to NFL draft 2020 alongside Tua and Herbert. As said in the FanDuel sportsbook’s records of Joe Burrows, experts say that he is a superstar on the making as his collegiate career was promising.

This experience of Burrow gives the Bengals an edge in the upcoming NFL season. His competitive win every game even more so led LSU to the National  Championship.

Young heading to the Washington Redskins

Ohio State star player Chase Young who is team up with the Washington Redskins is the second overall pick. Young has shown impressive collegiate records as he recorded 16 sacks and 46 tackles with seven forced fumbles and three passes defended as a defensive edge.

This record will ultimately help the Redskins stack on their sack record and probably will give them an edge again to top the upcoming league.

Will Chase Young the next Nick Bosa for the Redskins? Many experts, sports critics, and fans are looking forward to this probability, and many have high hopes for the young player.

Tua Tagavailoa landing in South Beach with the Miami Dolphins

Tua was tagged as a question mark during the pre-draft, due to his multiple injuries during his collegiate playing season. His latest hip injury has been in the spotlight leading to more questions of him making it to NFL draft 2020.

However, since the surgery went successful, Tua made his pro-day possible, despite having it on a virtual platform due to the pandemic. Even with all the issues regarding Tua’s unfortunate injuries, many experts still place their bets on the ace player making to the draft. And now, he earned the position of  Dolphins newest quarterback. Tagovailoa is one of the six quarterbacks who made it to the first round of the draft.

Another Ohio State ace player and a teammate of Chase Young, Jeff Okudah, made it to the third pick and landed him the newest CB for the Detroit Lions. He recorded three interceptions, 34 total tackles, one forced fumble, and nine passes defended, there is no doubt that Okudah is the best cornerback this NFL draft season.

Other than Okudah’s pure athleticism, his curiosity about how to refine his skills builds his character.  Buckeyes’ head coach, Jeff Hafley, is enticed on how to make Okudah’s play work out in the field. His different mindset when it comes to the NFL is on a different level. This player proves to say that it is not all about physical strength – the mind matters too.

The rest of the top picks

Many fans are interested to know who are the other expert top picks and who made it to the NFL draft. Names such as Jerry Jeudy, Jordan Love, Isaiah Simmons, and others made a noise during the pre-draft. Experts are also eyeing them, as their names repeatedly pop in experts’ top lists.

As the NFL draft 2020 commences and series of players’ names are predicted in the virtual draft, the rest of expert picks slowly get revealed. Here are the few names who made it to the NFL and the corresponding team they landed on.

The name Jordan Love might ring a bell. He is one alongside Joe Burrows, which shows a promising career as a quarterback. Love has a lot of advantages when it comes to the field.

However, his not-so-frequent showcase of skills has a significant impact on him making a mark in the NFL draft. Even though Love recorded good results during the NFL combine, he still has so much room for improvement.

Nevertheless, the Green Bay Packers set their eyes on Love and his innate athleticism will help their team this season. Love is still young, and surely the Packers will utilize his youth and abilities at its optimum.

A lot has happened in the NFL with the delay and setting changes caused by the pandemic. Some experts hit 100% accuracy with their predictions, while some inevitably didn’t match. Fans are now eager to witness a new NFL season, and many are looking forward to how well their team plays with their newest NFL draft pick. Will the fresh faces leave a mark in the field, or will they just stay in the shadows? 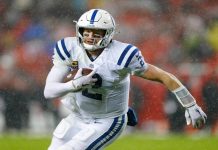 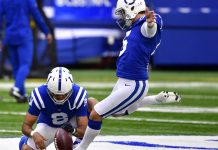 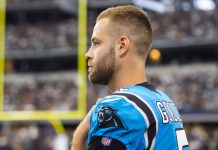 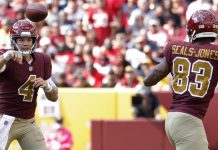 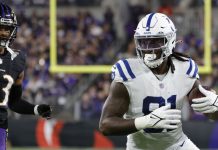