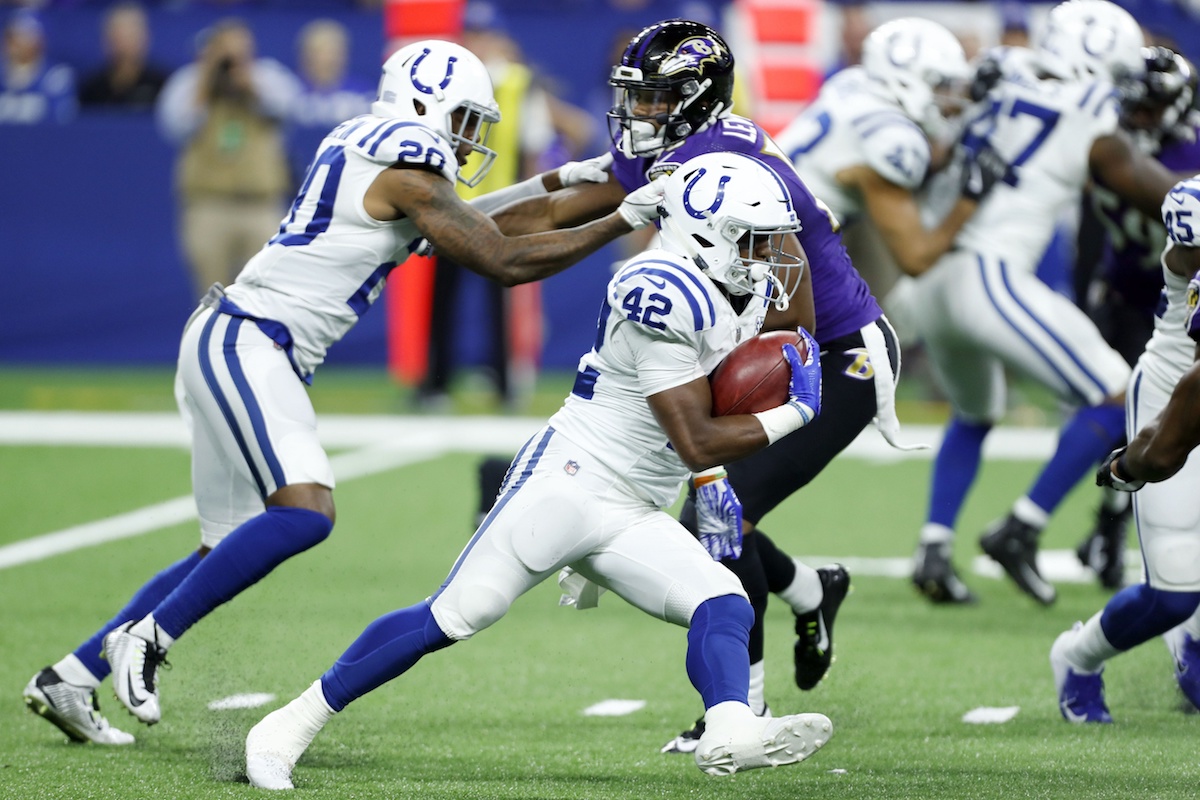 The Watchlist is a unique article we will be putting out every week here at Bruno Boys. It’s considered a sleeper piece of sorts that will tackle players who generally sport an ownership level of 50% or lower.

The goal is to seek out some deep sleepers who have been trending in a positive direction but flying under the radar in popular circles in the fantasy community. This will help get you introduced to players before your league mates and before these players potentially become a hot waiver wire add in coming weeks.

This will also help provide insight for those in deeper leagues or dynasty formats where rosters are much larger and content on lesser owned players is harder to come by. Here are a few names we are keeping a close eye on this week:

Hines was an early preseason hype machine who was touted by many analysts as an electrifying playmaker on a team devoid of many outstanding options. A fourth round draft pick out of North Carolina State, Hines was tagged with the “Swiss army knife” moniker based on his ability to line up anywhere on the field.

Once preseason games started rolling things drastically changed. Hines fumbled four times in his first two preseason games and was written off already as a lost cause before the majority of Fantasy drafts were under way. 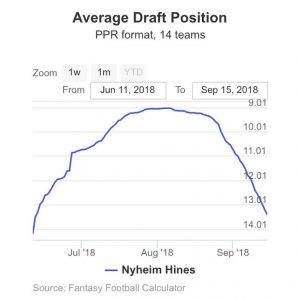 Hines saw his ADP value peak as an early 9th round draft pick in early August on fantasyfootballcalculator.com. By the time drafts were rolling in mid-to-late August, Hines plummeted essentially to the point of going undrafted in most leagues, as his 7% ownership percentage on Yahoo leagues indicates.

Now that the games matter, it’s time to start really finding out who Hines is going to be as a player for both the Colts and your fantasy team. Hines’ Week 1 usage was very encouraging. The rookie was targeted 9 times in the passing game which tied for fourth most amongst running backs with the likes of David Johnson, Christian McCaffrey and James White. Hines brought in 7 of those targets for 33 yards and also logged 5 carries for 19 yards in the game, bringing his touch total to 12 on the day.

While Hines’ total yardage was nothing to write home about and he didn’t find the end zone, the touch total is a great start and Hines, unlike the rest of Indy’s crowded backfield, will likely be locked into a solid role in the passing game all season.

The Colts defense remains incredibly suspect which will provide a game script almost each and every week that should favor a pass heavy approach. Last week, Andrew Luck attempted 53 passes in the team’s loss to the Bengals and has averaged 38 attempts per game in his career.

Luck’s arm strength is not what it used to be after his shoulder issues and he’s going to need a player like Hines to rely on in the short passing game. I think we need to keep a close eye on Hines’ target totals going forward. He looks like he could easily carve out a similar role as the “Chris Thompson” of the Colts offense and if he can stay in the 10-12 touch per game range, he will offer moderate value as a PPR Flex option all season long. Hines is a great grab in 14-16 team PPR leagues if he’s still out there.