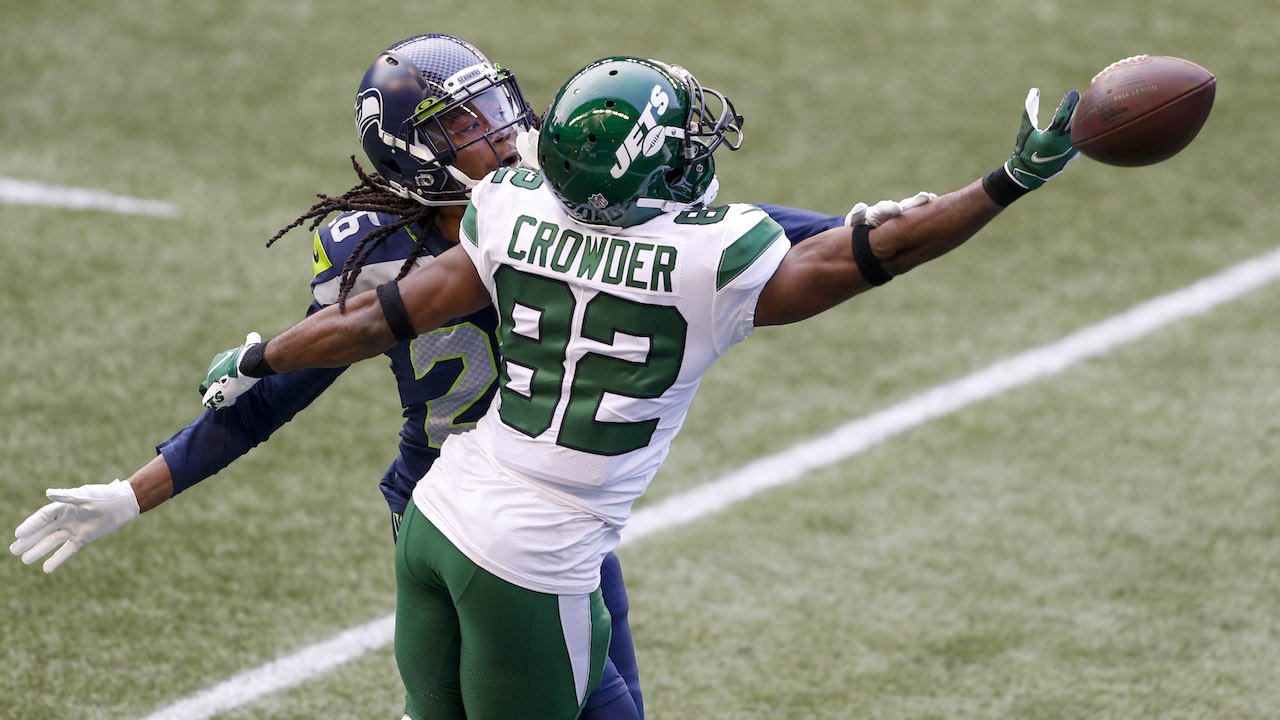 Who to start and who to sit? It’s the one question you need to answer right in order to do well in fantasy football. You won’t get it right every time but at Bruno Boys we help you work through those tougher decisions to make an informed and confident starting lineup.

Wide receivers are becoming the root of any successful fantasy teams and points per reception (PPR) has become more of the norm. Some receivers have a nose for the end zone, others do not. The position can be subdivided into elite receivers who can do it all, high target/reception slot receivers, some can rush the ball and some can even return kicks.

Regardless of where your receivers get categorized, the bottom line is, can they beat their coverage? Here are a few that match up well.

Here are the Week 7 Fantasy Football Wide Receivers to Sit.

Even though he’s one of the best slot receivers you could have in your lineup, Jamison Crowder’s stock is only as good if Zach Wilson knows he can use him. Crowder is a bailout receiver, the kind of guy to help his quarterback when he is in need. Unfortunately, Wilson is the type of quarterback who is going to force the ball where it shouldn’t go, looking to make the big play. Pfft. Rookies.

At some point Wilson will realize what he’s wasting by not targeting him. It will be hard to do that against the Patriots on their turf. Surprisingly though, the Patriots have been average against the pass, which makes it all the more puzzling why they couldn’t make it work with Stephon Gilmore. But I digress.

Nine different receivers have scored double-digit points, but Crowder owners are waiting on Wilson which could take awhile.