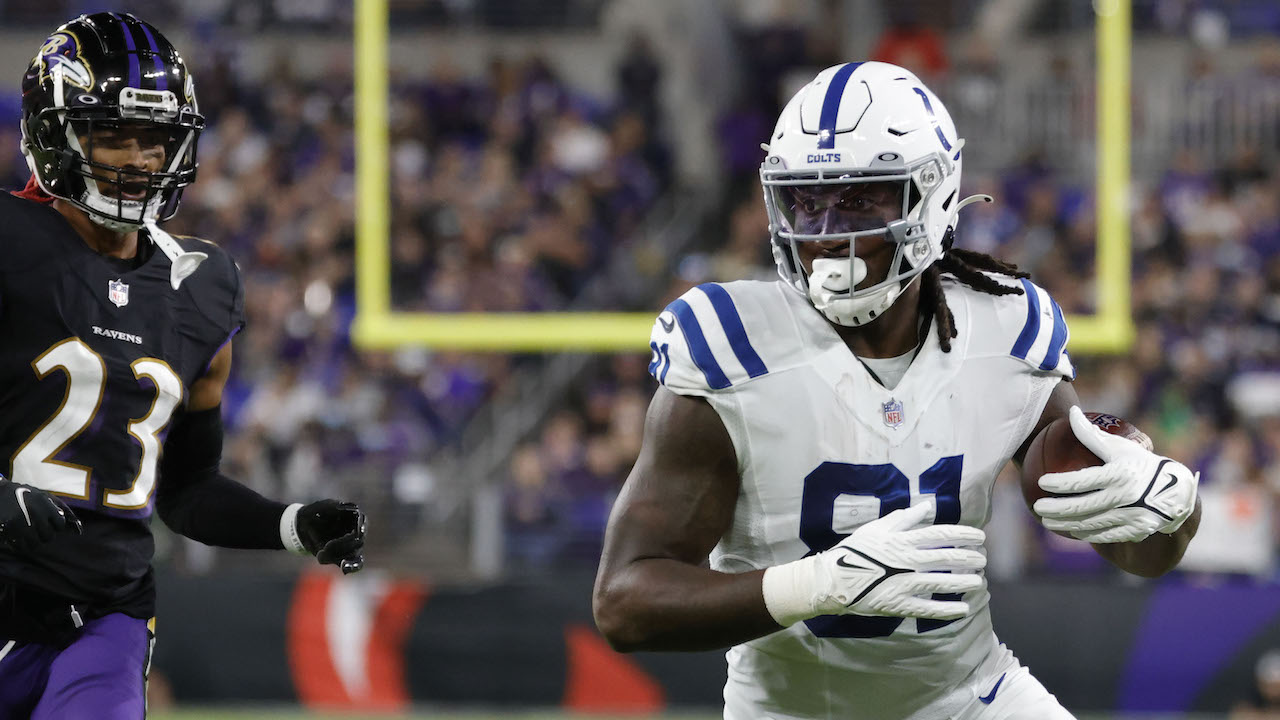 Here are the Week 7 Fantasy Football Tight Ends to Sit.

There are enigmatic fantasy plays and there is Mo Alie-Cox. Last season, he seemed like a player on the verge of a breakout during Weeks 3-4 and for whatever reason, Frank Reich never utilized Alie-Cox in the passing offense outside of a few targets each game. Ali-Cox appeared more athletic than Jack Doyle, who honestly wasn’t used either outside of being a goal line target in the red zone. This current regime of the Colts is not a fan of a making their tight end a featured role in the passing offense.

This is despite acquiring Carson Wentz, who loves to throw to his tight end. This is despite there being injuries to T.Y. Hilton and Parris Campbell amongst many others. Do we think they’ll do the logical thing and target either Alie-Cox or Doyle against a defense that effectively smothered the pass-catching tight end since Week 2 of the season?

No, but Alie-Cox is emerging as a viable candidate to be that guy, at least around the end zone. He’s played the best three weeks of his career heading into this game. We just wish we had the optimism looking at the matchup.