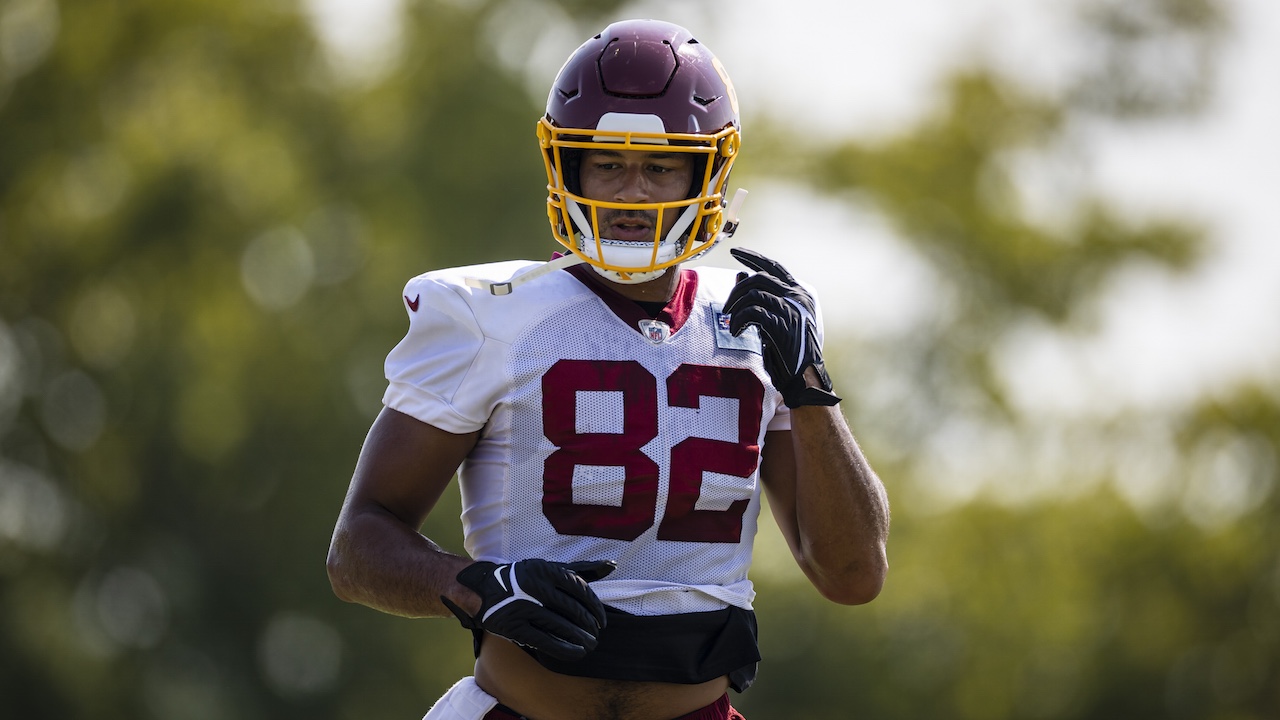 Here are the Week 1 Fantasy Football Tight Ends to Start.

The landscape of the modern day tight end is you either have one or you don’t. There’s no sitting one of the top six tight ends (Travis Kelce, Darren Waller, George Kittle, Mark Andrews, and Kyle Pitts), ever. The rest of you, need to stream or hang tight with what you have and hope they have a bye week long enough away that you don’t have to think about who to stream next. It’s a brutal position but we’re going to do our best to tell you which ones deserve a start.

With news coming out that Curtis Samuel has been placed on the IR for a month, eyes refocus on Thomas who appears to be Washington’s second option at receiver. The hard part for any tight end is to get targets and then doing something once the ball is coming towards you.

Thomas has been named a team captain for this season and also got an extension, which goes to show you what the team thinks of him. Now we just need to see him and Ryan Fitzpatrick get on the same page. Fitz helped people remember Mike Gesicki’s name, and he’ll do the same for Logan Thomas.