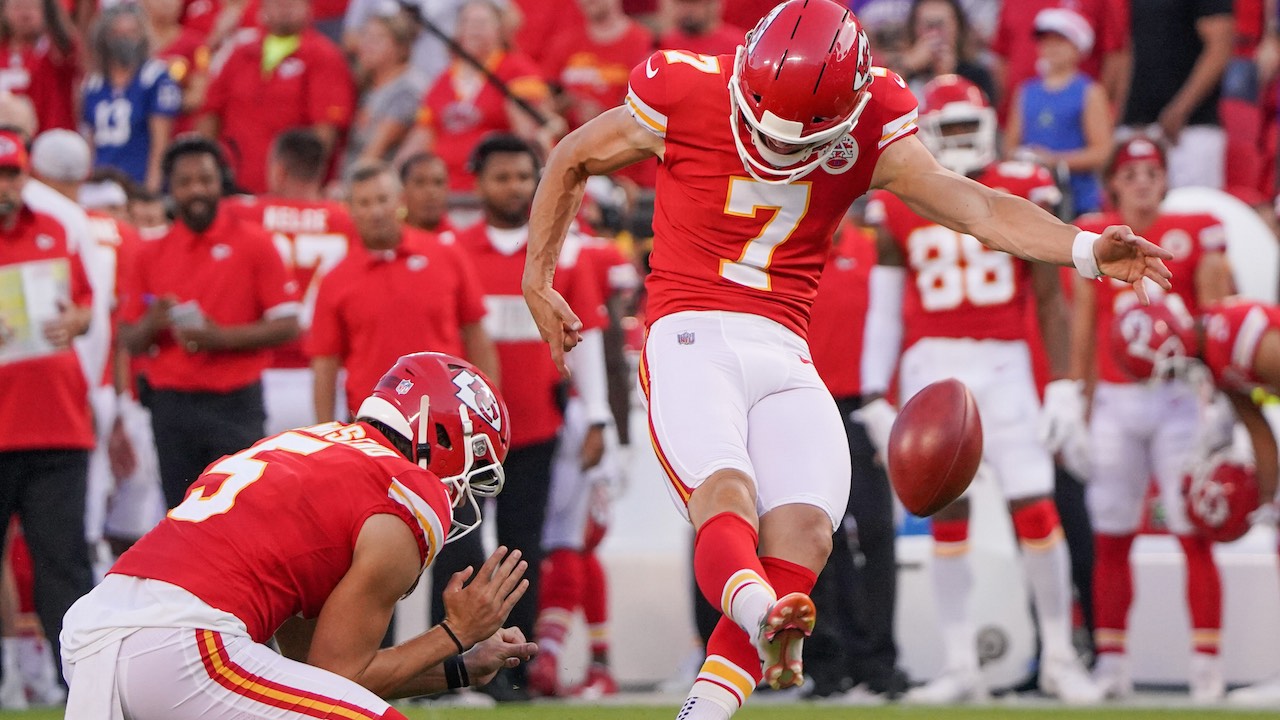 Here are the Week 1 Fantasy Football Kickers to Start.

The upstart team (Browns) usually needs a few cracks at the champs, and doesn’t play as crisp as they want to the first time around. Call it nerves, a mental block, or whatever you want. Win or lose, the Browns are probably going to let a few opportunities slide by. Field goals instead of touchdowns. Oh-so-close interceptions. Sacks that are just outside of the reach.

We expect a high scoring affair but also both kickers to be involved. And while the Browns might be without Chase McLaughlin, who is nursing a sore hamstring (could be a very key injury), Butker is a reliable placekicker who will either keep the Chiefs within striking range or keep the lead out of reach.