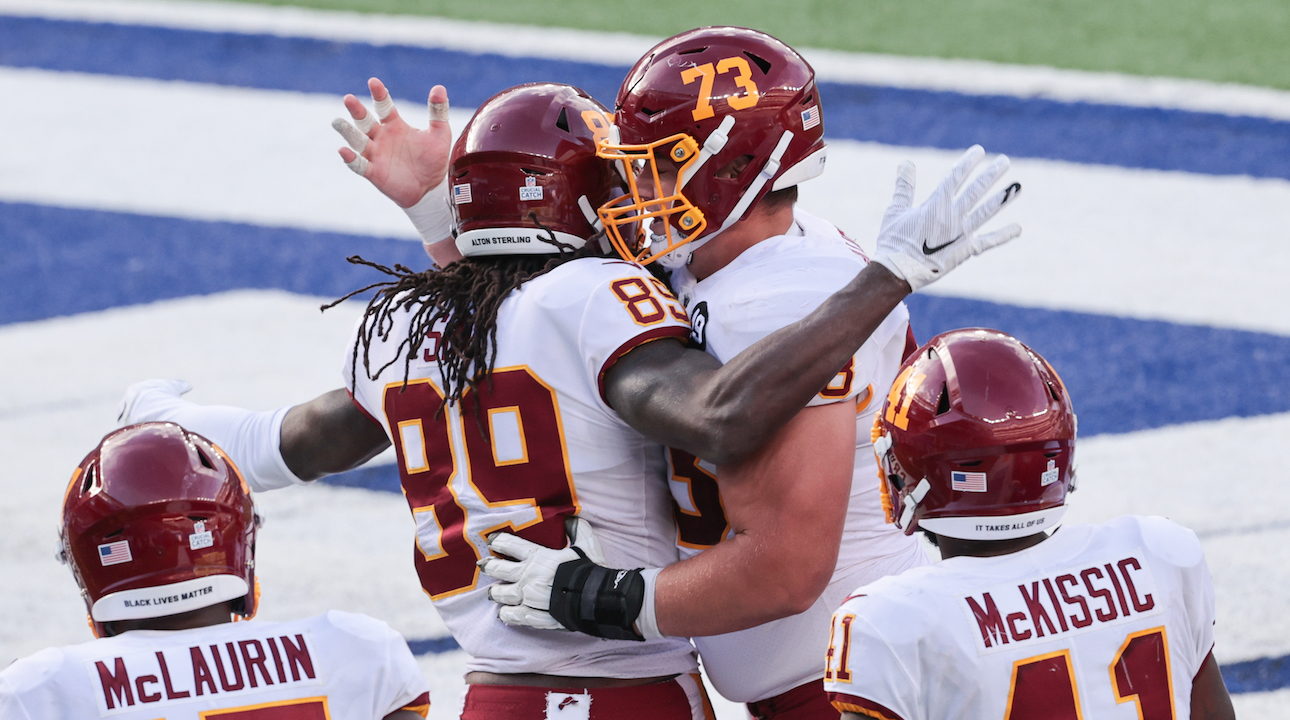 It’s Week 9 the 2020 NFL season and fantasy football is already testing players. The 2020 season is proving to be full of hard decisions in selecting the right waiver wire claims and knowing when to drop a player. But now players are needing navigate the COVID-19 situation as it disrupts games and schedules across the league.

Let’s see which ones pass the grade for Week 9.

A lot of fantasy owners will look to stream against the Jets because, hello, they’re the Jets. New England’s a great choice but if they’re not available to stream, I’m picking a team to stream against that’s full of opportunity each week and that’s the Giants. Mostly it’s because of Daniel Jones’ throwing interceptions and fumbling the ball. He’s been able to have just one game without an interception and this team already has six fumbles, most of which come from Jones’ hands.

As far as the Football Team is concerned, this is another NFC East rival game and none of the teams in this division has shown that it can score above 20 points often. Washington just held Dallas to three points before their Week 8 bye. So again, lots of opportunity here as this could be a defensive grudge match.