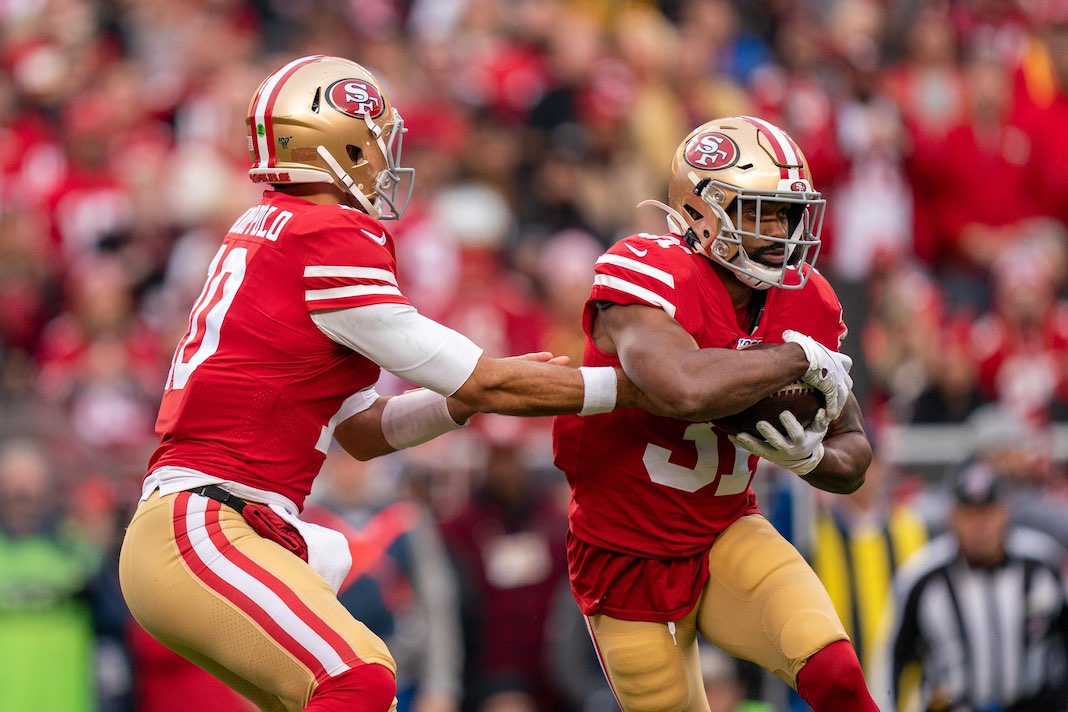 Conversely, if you go with Mahomes and sacrifice the savings you’d get with Garoppolo, you’re going to get it back in yards at the least and one or two scores. Now, the biggest issue will be the Chiefs holding off the Niners’ pass rush, and giving Tyreek Hill, Sammy Watkins, Demarcus Robinson and Mecole Hardman time to separate. That’s a tall task to do it all game though and the Chiefs only need enough time to get off one play. That’s literally all it takes to turn the game in their favor. Ask Tennessee and Houston how quickly the momentum shifts when Mahomes can score.

But here’s why Mahomes is the Chiefs player you have to roster. For one, Robinson and Hardman are flyers and picking one of them is a big risk, which is fine for tournaments but not in a 50/50 format. Mahomes has scored at least three touchdowns in eight games this season including both of his playoff wins against the Titans and Texans, both of which were in the AFC South, the only division to own all three of Kansas City’s defeats.

Mahomes has also been sacked more than once in just five games and he rarely has a bad game. There are days when the Chiefs go more run-heavy, or they let off the gas in the second half, but it’s hard to think of a game where Mahomes just flat out played a terrible game–maybe once in each of the last two seasons. There are very few players averaging over 20.0 fantasy points per game, so making Mahomes an equally essential player to anchor your team.