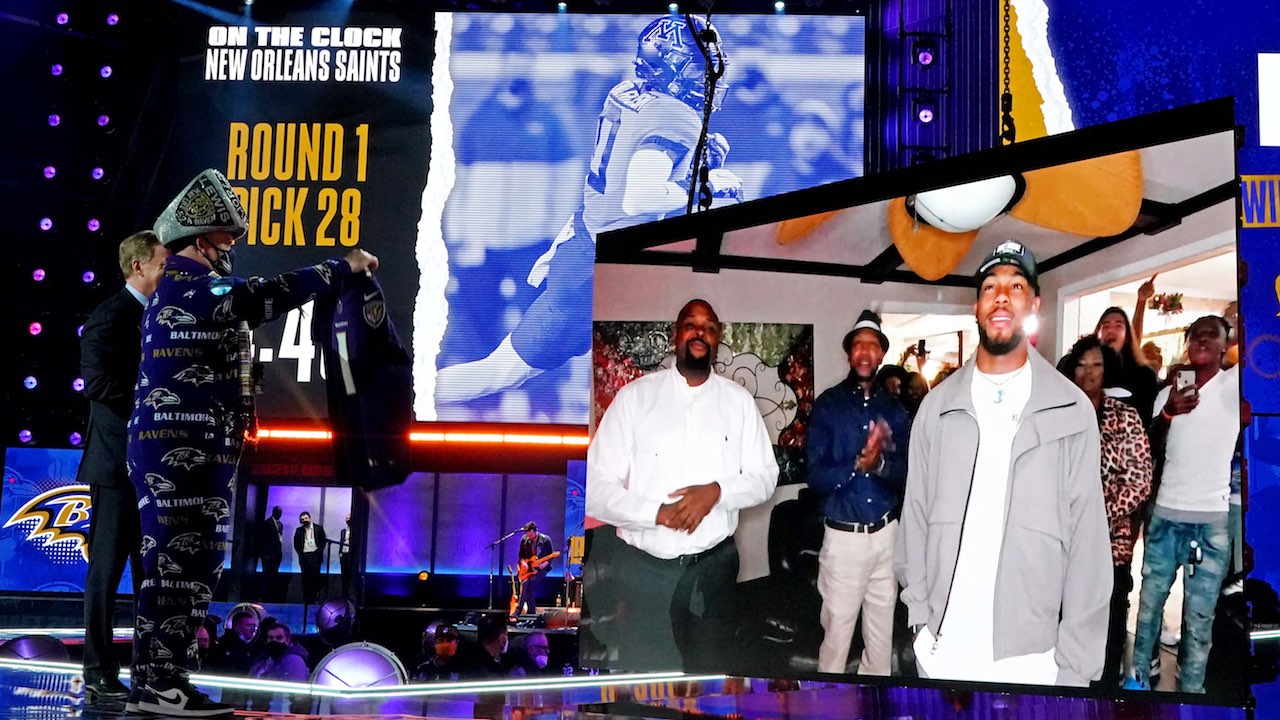 If at first you don’t succeed, try, and try again. The Ravens used the first of their two first round picks on another wide receiver, Minnesota product, Rashod Bateman. Now consider that the Lions get all the grief for repeatedly drafting receivers when the Ravens have missed more and never get criticized is a head-scratcher.

At 6-0 190 lbs., Bateman is a polished route runner with good but not great speed. Unfortunately, the Ravens are never bad enough to land a game-changing receiver but we’ll see if Bateman can buck the trend.

The Ravens are always a mover and shaker on draft day and they already made a move prior to Day 1. They traded tackle Orlando Brown to the Kansas City Chiefs for their 31st pick in the first round. They used that pick for disruptive edge rusher Jayson Oweh from Penn State, who did not record a sack last year.

The Ravens signed Sammy Watkins in the offseason which is a plus but with Marquise Brown still lacking in production, there is room to break into the top three for Bateman. That’s not saying much considering the Ravens’ receivers produce the least of any squad in the NFL in 2020. That’s why a top receiver in the Ravens’ offense is no more than a fantasy WR4.

Brown isn’t the only receiver to underachieve in an offense that is starving for a receiver to emerge. With Miles Boykin, Devin Duvernay and James Proche, the bar is low for receiver to step up. Why not Rashod Batemen?

Baltimore’s drafts are usually smart and full of value but considering the glaring need at offensive tackle, and the repeated misses at receiver, Oweh and Bateman are wait and see prospects–not usually what you’re looking for in first round picks.