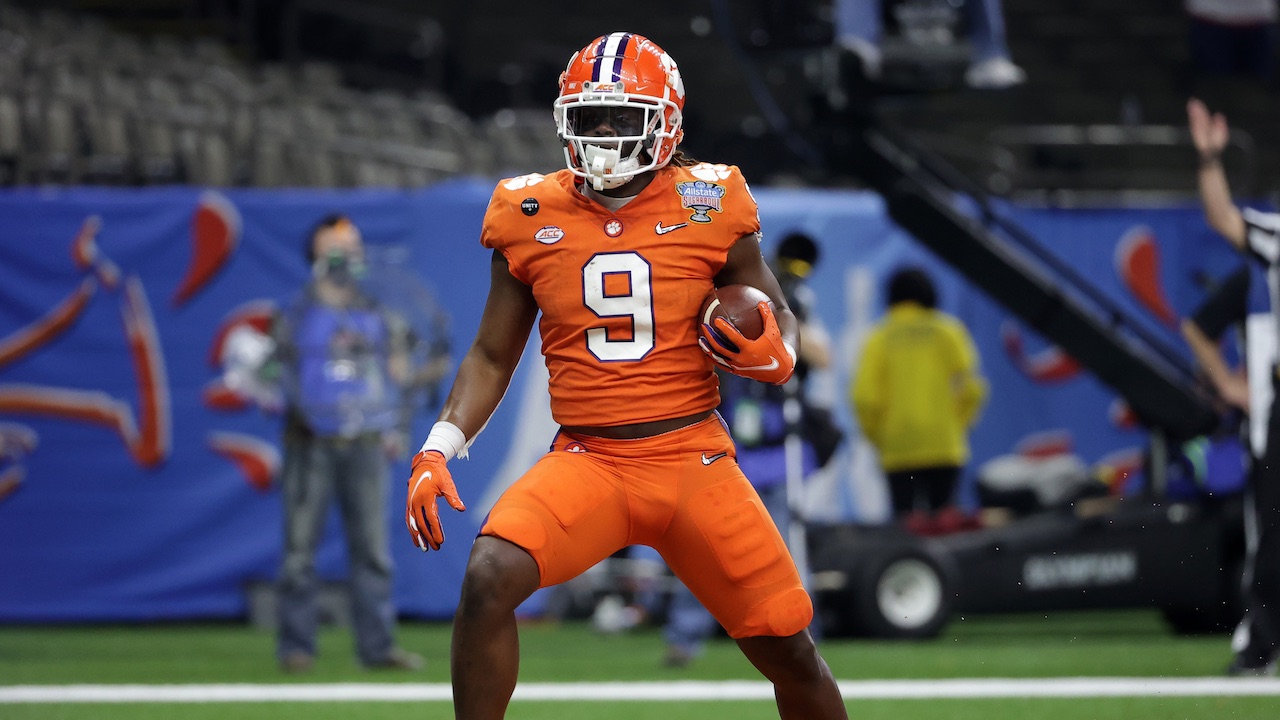 With two selections in the first round, the Jaguars decided to dip their toes twice in the Clemson pool of talent. They kicked off the draft by selecting Clemson’s quarterback Trevor Lawrence. At pick 25, they got his backfield mate, versatile running back Travis Etienne.

After four years running for Clemson, Etienne finished with 4,952 rushing yards and had an eye-popping 7.2 yards per carry average. He also added 1,155 receiving yards and a total of 78 touchdowns from scrimmage.

Already stacked with James Robinson and Carlos Hyde in the backfield, Etienne adds a huge weapon for Lawrence and the Jaguars. Urban Meyer loves to run the ball to set up the pass and with Robinson and Etienne behind Lawrence, there are options.

Robinson’s stock takes a hit though with Etienne in the mix, though it might lighten his load, but the rookie will be a strong safety valve for Lawrence and will be a key component on third downs.