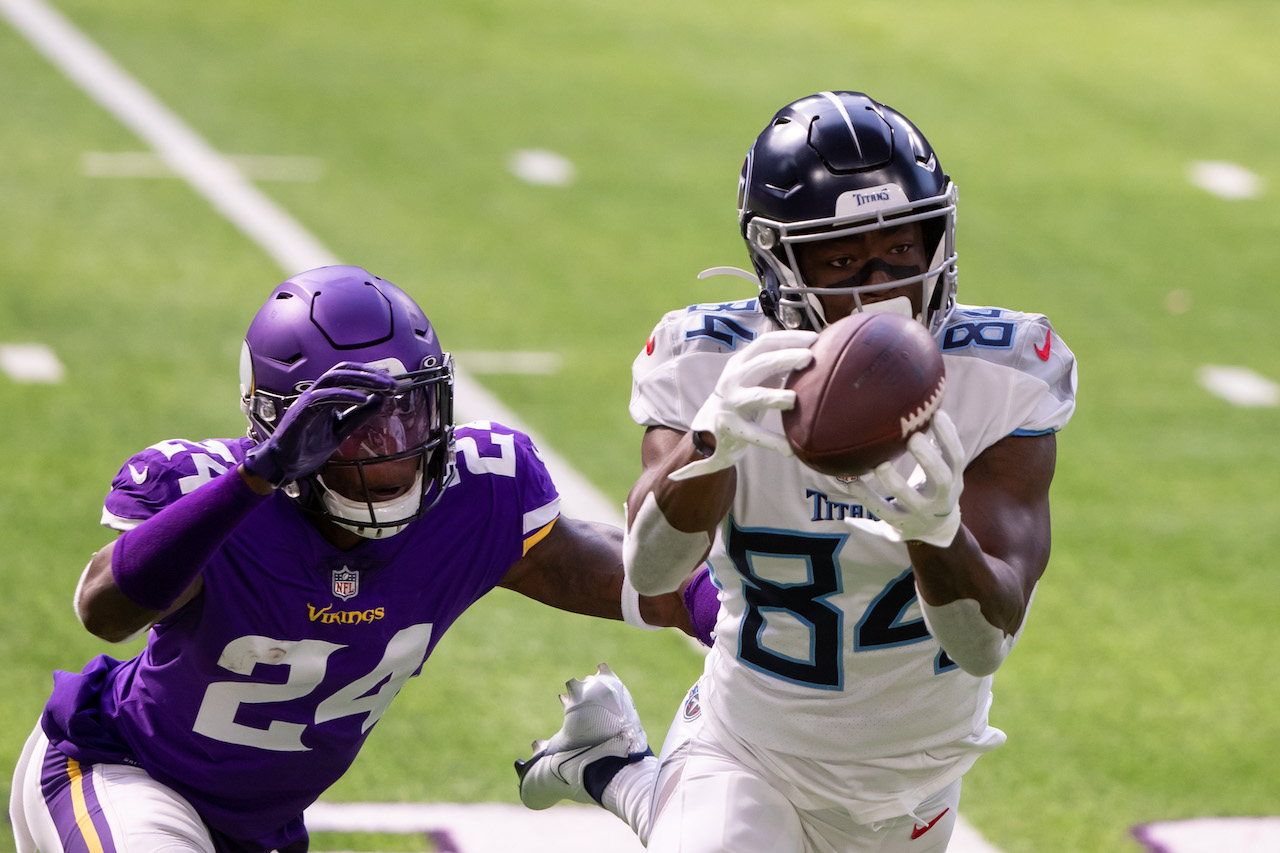 The 2020 NFL season is now 8 weeks old and there is no better time than now to start picking up players from your fantasy football waiver wire. Every year a no name blows up in Week 1 and ends up being a top-50 fantasy football player over the remainder of the season.

Let’s get things started by taking a look at some fantasy football waiver wire wide receivers for Week 9.

Davis had eight receptions (on 10 targets) for 128 yards and a touchdown on Sunday against the Cincinnati Bengals, as he led the Titans in the first three categories.

Davis has 10 targets and a touchdown in each of his last two games, since coming back from the COVID-19 list. Tight end Jonnu Smith (ankle) might not be 100 percent just yet, and a scary head injury for Adam Humphries against the Bengals stands to keep that target door ajar for Davis.

The Titans’ defense has not been that good so far this season. So even with some tough matchups coming (Chicago Bears-Week 9, Indianapolis Colts-Week 10, Week 12), Baltimore Ravens-Week 11), the offense may be throwing more then they typically would be.

Davis is a volume, and somewhat touchdown-dependent, WR3 in fantasy. But to navigate the remainder of bye weeks, that’s plenty enough to put him on the radar in 12 and 14-team leagues.