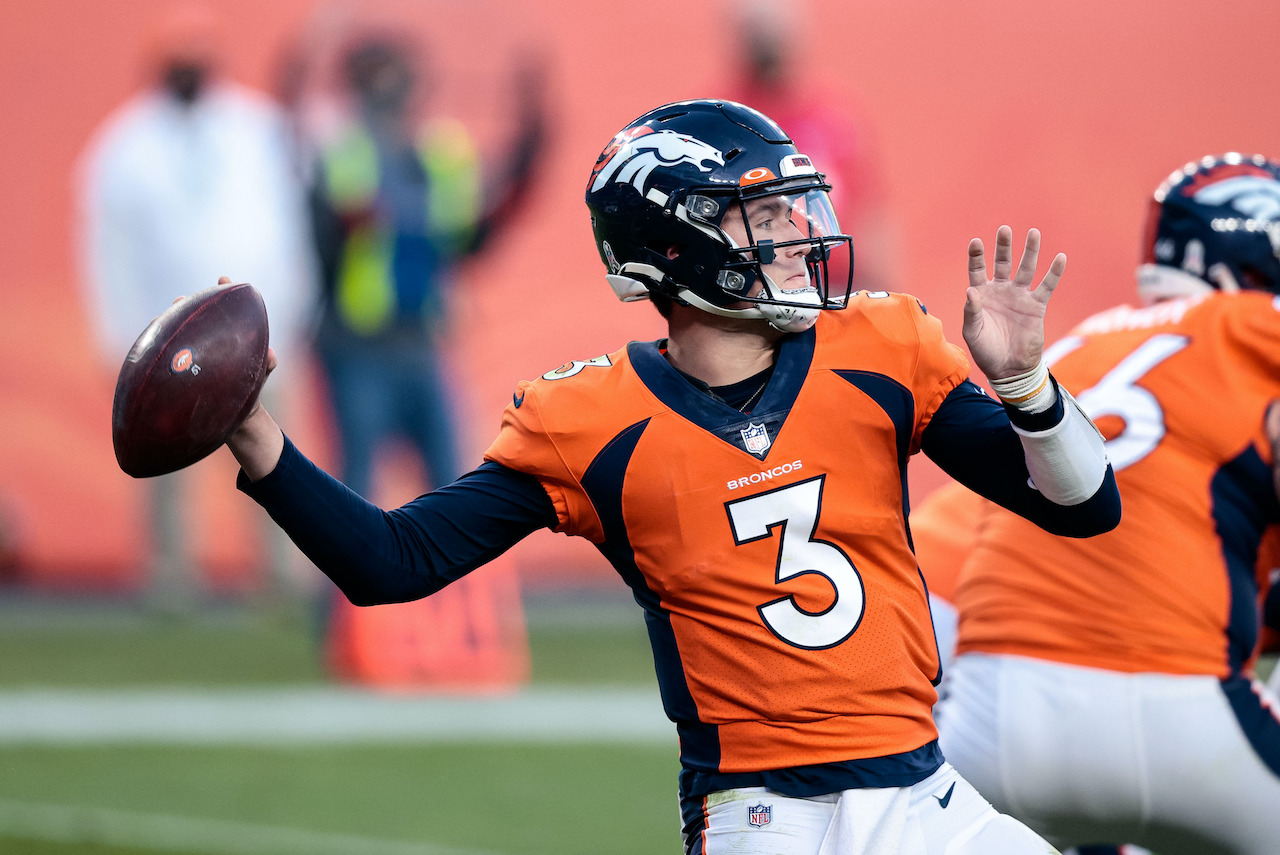 Let’s get things started by taking a look at some fantasy football waiver wire Quarterbacks for Week 9.

It took him a while to get going, but Lock went 26-for-41 for 248 yards with three touchdowns (all in the fourth quarter) and an interception against the Los Angeles Chargers in Week 8. That finish serves as momentum heading into a nice matchup in Week 9.

The Atlanta Falcons will narrowly relinquish their status allowing the most fantasy points to quarterbacks (Yahoo! scoring) heading into Week 9. But they have still allowed the most touchdown passes in the league (20). Lock has at least 40 pass attempts in back-to-back games, but he may not need to get that volume to have success.

Lock then gets good matchups against the Las Vegas Raiders (Week 10) and New Orleans Saints (Week 12), with the Miami Dolphins in between. Week 13 against the Kansas City Chiefs could be pass-heavy for the Broncos, weather-permitting, and Week 16 rematch against the Chargers is worth noting.

Lock is a solid streamer for Week 9, with the possible utility as a streamer beyond that. He’s on the radar in two-quarterback leagues now.