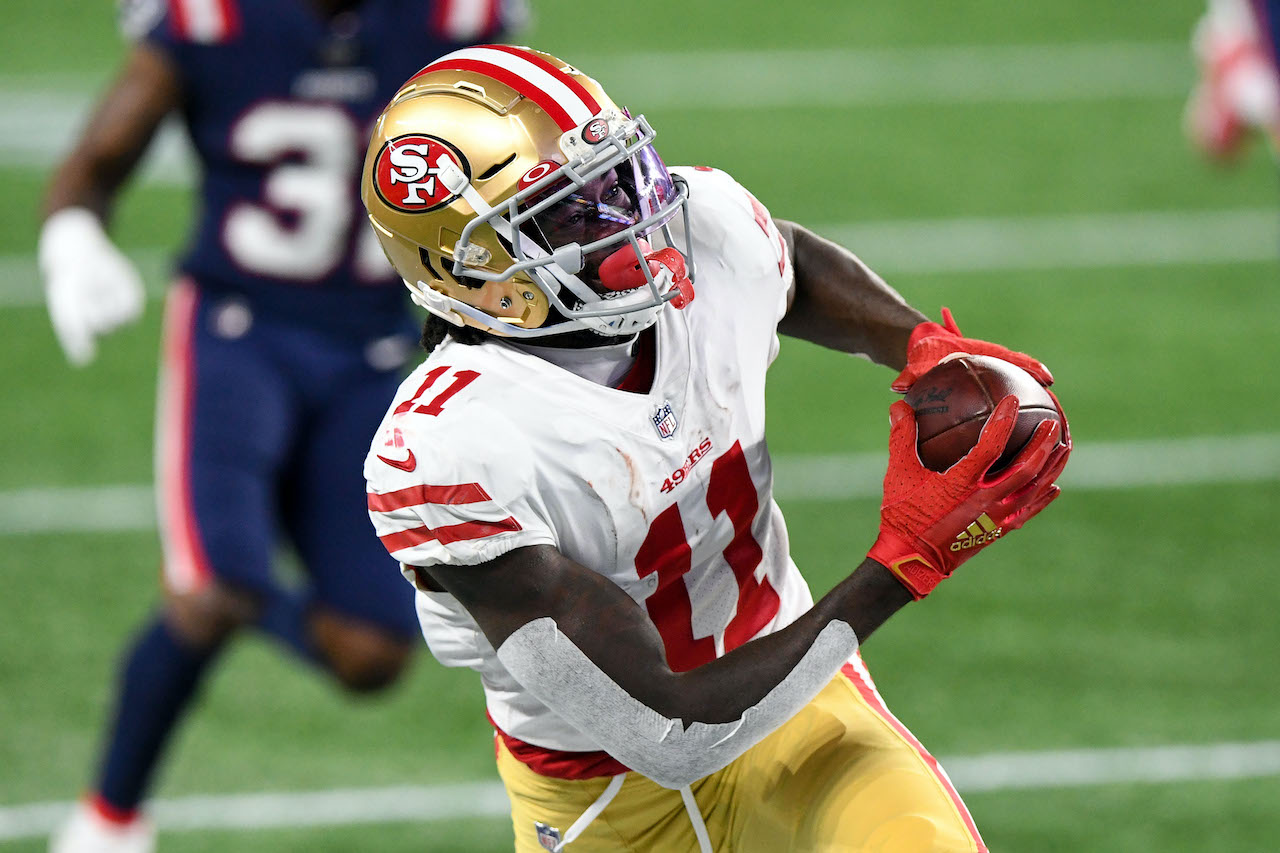 The 2020 NFL season is now 7 weeks old and there is no better time than now to start picking up players from your fantasy football waiver wire. Every year a no name blows up in Week 1 and ends up being a top-50 fantasy football player over the remainder of the season.

Let’s get things started by taking a look at some fantasy football waiver wire wide receivers for Week 8.

The Bills offense didn’t put on a show against the New York Jets on Sunday, scoring 18 points-all field goals. But Beasley was a standout, with 11 receptions for 112 yards on 12 targets. He has topped 50 yards or scored in all seven games (never both though), with at least 9.8 PPR points (full PPR) in every game and double-digits in six straight.

Beasley gets decent matchups in Week 8 and Week 9, as the New England Patriots (13th-most) and Seattle Seahawks (most) both entered Week 7 in the bottom half of the league against wide receivers (Yahoo! 0.5-point PPR). Week 10 against the Arizona Cardinals is tougher, but there is a path to production for Beasley a slot guy.

The health of John Brown (knee), who missed Week 7, is not a needle mover for Beasley. He’s a WR3 with upside in 12 and 14-team PPR leagues, with some appeal as a WR3/WR4 in standard scoring.