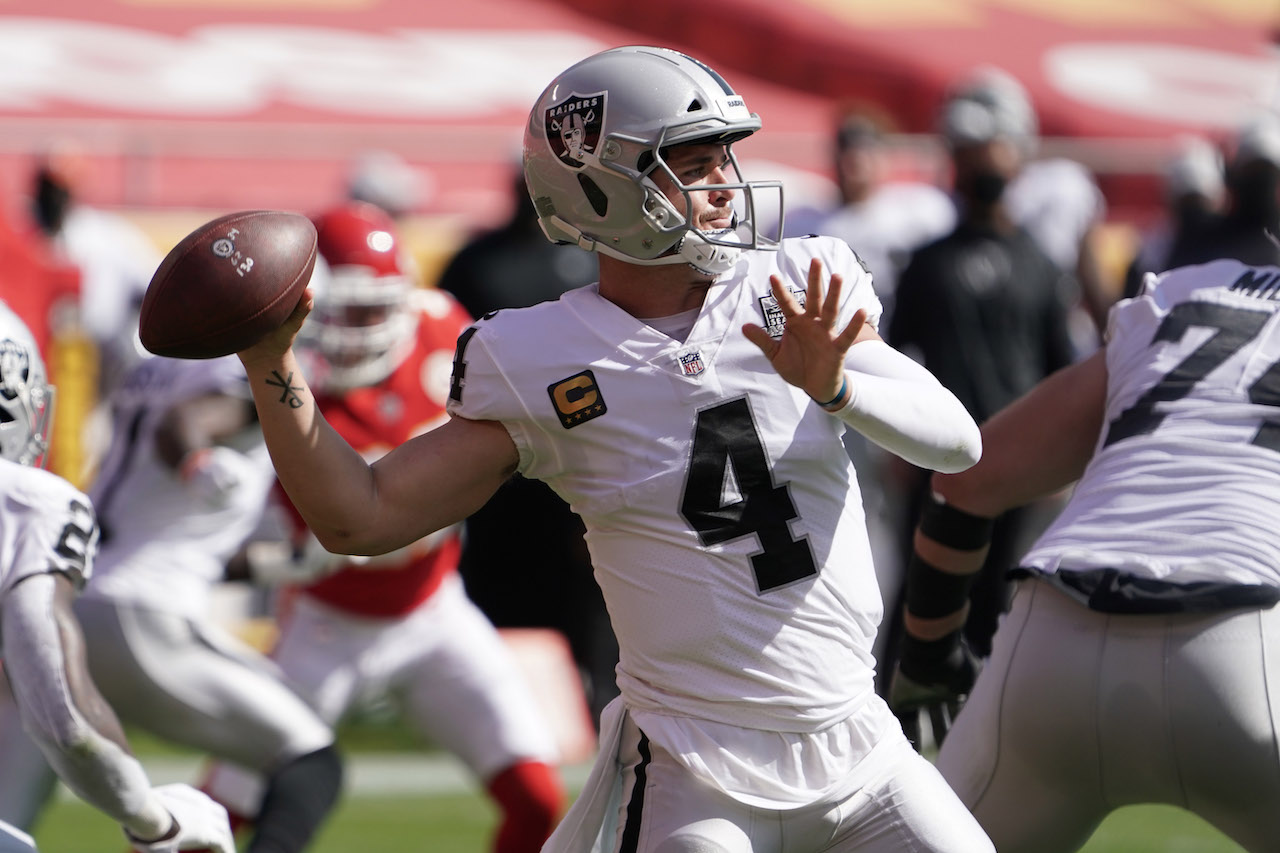 Let’s get things started by taking a look at some fantasy football waiver wire Quarterbacks for Week 7.

Carr finally put a mark in the interception column against the Kansas City Chiefs in Week 5. But he also topped 300 yards for the second straight game, with multiple passing touchdowns in four straight now.

Carr is coming off a bye in Week 6. This week, the Raiders passing attack plays the Tampa Bay Buccaneers in a very tough matchup, but it should be a pass-heavy game script for the Raiders. Following that are favorable matchups right through from Week 8-13 (Cleveland Browns, Los Angeles Chargers, Denver Broncos, the Chiefs, Atlanta Falcons, New York Jets).

Carr is consistently disrespected in real and fantasy football circles. But his recent run, and a general set of good matchups moving forward, puts him on the streaming radar and he’s a solid add as a QB2 in 12 and 14-team leagues.