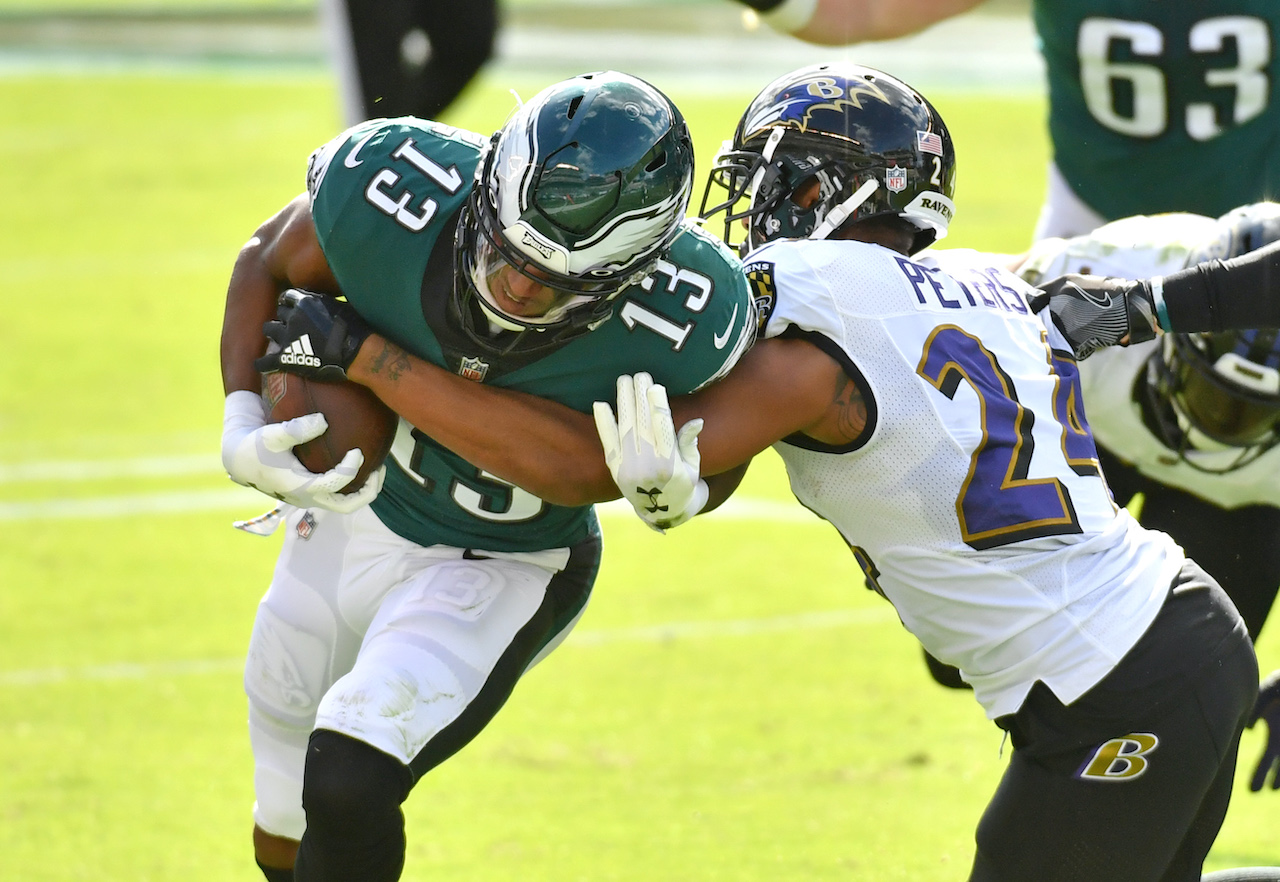 The 2020 NFL season is now 6 weeks old and there is no better time than now to start picking up players from your fantasy football waiver wire. Every year a no name blows up in Week 1 and ends up being a top-50 fantasy football player over the remainder of the season.

Let’s get things started by taking a look at some fantasy football waiver wire wide receivers for Week 7.

Fulgham had touchdown in Week 4, then a huge game in Week 5 (10 receptions for 152 yards and touchdown). Week 6 against the Baltimore Ravens brought double-digit targets for the second straight game, as he had six catches for 75 yards with a touchdown in the third straight contest.

The specter of Alshon Jeffery and DeSean Jackson being able to suit up some time, and Jalen Reagor returning from IR some time in the coming weeks, hangs over Fulgham’s fantasy outlook. But he’s building a resume, and even as poorly as Carson Wentz is playing any rapport with the quarterback is notable.

The Eagles have a short week in Week 7 before playing the New York Giants Thursday night. So it seems unlikely all three of their injured wide receivers will play, and Fulgham’s high-volume role should remain for at least one more week.

Fulgham may keep a solid role if/when everyone else is healthy, and if the Eagles operate on merit he won’t go away easily. Regardless, what he’s done the last three weeks makes him a must-add as a WR3 in 12 and 14-team leagues.