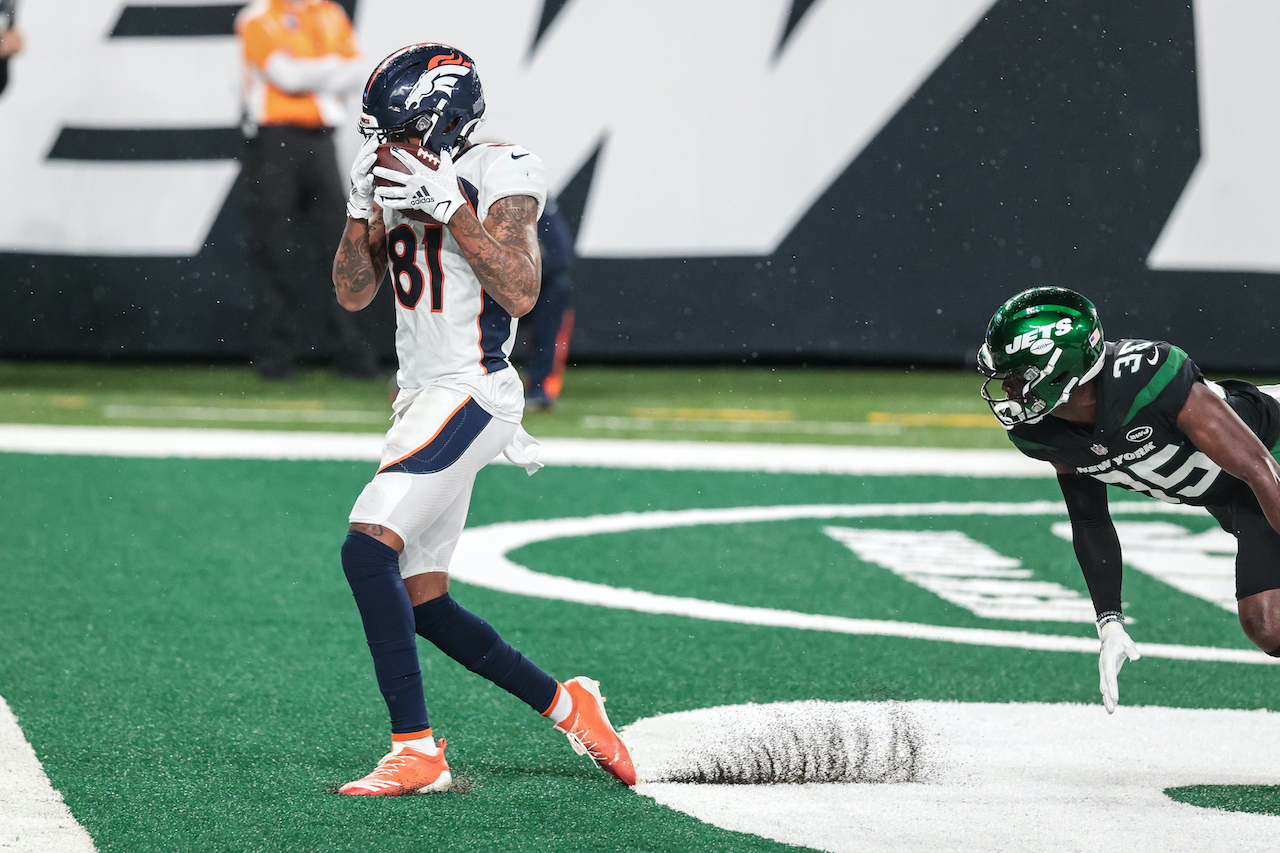 The 2020 NFL season is now 4 weeks old and there is no better time than now to start picking up players from your fantasy football waiver wire. Every year a no name blows up in Week 1 and ends up being a top-50 fantasy football player over the remainder of the season.

Let’s get things started by taking a look at some fantasy football waiver wire wide receivers for Week 5.

Patrick had six catches for 113 yards and a touchdown against the New York Jets in Week 3. He has now scored in back-to-back games, with Courtland Sutton (torn ACL) out for the season for the Broncos and Noah Fant (ankle) expected to miss some time after being injured last Thursday night.

Broncos quarterback Drew Lock (shoulder) has a chance to return in Week 5 against the New England Patriots. That’s good news for Patrick, as he has caught touchdowns from Jeff Driskel and Brett Rypien in the last two games. The Patriots also entered Week 4 allowing the seventh-most fantasy points to wide receivers, with a Monday night game against the Kansas City Chiefs coming.

Patrick then gets a good matchup against the Miami Dolphins in Week 6, which would be made better by Lock being back. Week 7 against the Chiefs looks tough, but there’s certainly some volume potential there. Then after a Week 8, favorable matchups are on the slate in Week 9 (Atlanta Falcons) and Week 10 (Las Vegas Raiders).

Patrick is trending the right direction, and there’s definitely an opportunity to fill in Denver’s passing game. On the WR3/WR4 border in 12 and 14-team leagues, he’s worth an add.