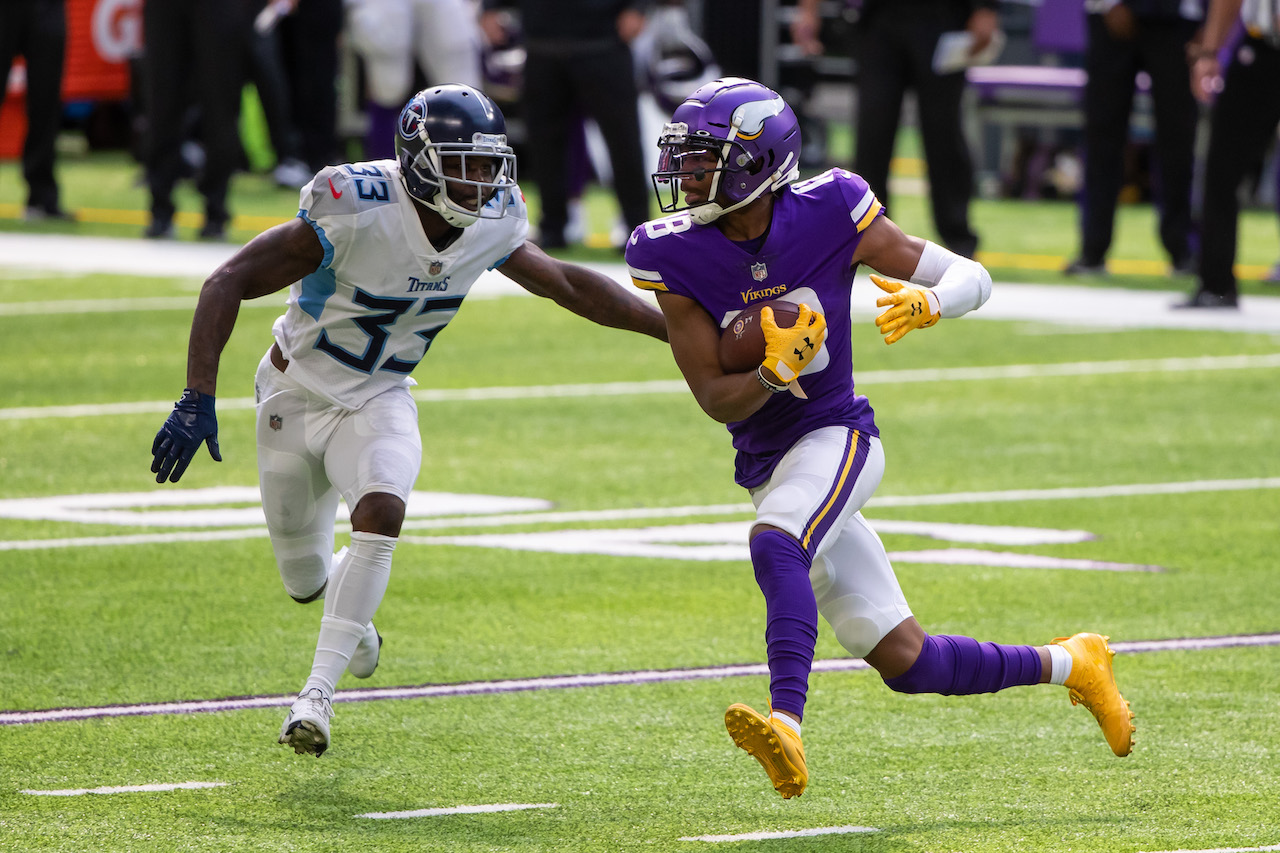 The 2020 NFL season is now 3 weeks old and there is no better time than now to start picking up players from your fantasy football waiver wire. Every year a no name blows up in Week 1 and ends up being a top-50 fantasy football player over the remainder of the season.

Let’s get things started by taking a look at some fantasy football waiver wire wide receivers for Week 4.

After registering five catches for 70 yards in his first two NFL games, Jefferson exploded for seven receptions (on nine targets) for 175 yards with a 71-yard touchdown against the Tennessee Titans on Sunday.

Week 4 bring a favorable-looking matchup against the Houston Texans. Then Jefferson gets even better matchups in Week 5 and Week 6 against the Seattle Seahawks and Atlanta Falcons, who entered Week 3 allowing the most and fourth-most fantasy points to wide receivers respectively. On Sunday, the Chicago Bears‘ wide receivers put up 212 yards on the Falcons.

Jefferson is suddenly worth rostering as a WR4 with upside in 12-team leagues. With bye weeks starting in Week 5, the rookie out of LSU might find a way into a lot of fantasy lineups on a weekly basis starting soon.