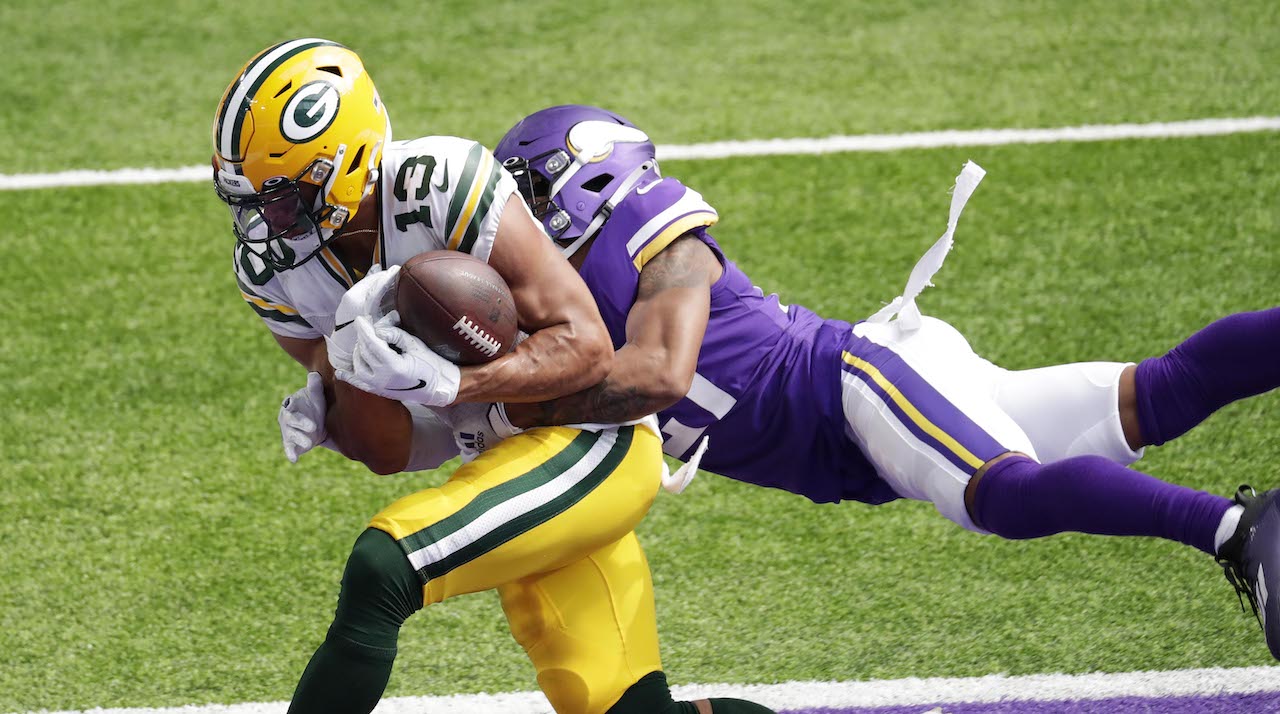 The 2020 NFL season is just 1 week old and there is no better time than now to start picking up players from your fantasy football waiver wire. Every year a no name blows up in Week 1 and ends up being a top-50 fantasy football player over the remainder of the season.

Let’s get things started by taking a look at some fantasy football waiver wire wide receivers for Week 2.

Now healthy after a lost rookie season, Campbell was on our radar as a speculation add in Week 1 before the start of the season. He cemented his spot on our list after a productive season opener. Campbell showed an excellent rapport with signal caller Philip Rivers and had six catches (on nine targets) for a team-high 71 yards, along with one carry for nine yards, against the Jacksonville Jaguars on Sunday.

Next week brings a favorable matchup for the wideout against the Vikings. In Week 1, the Packers wide receivers caught all of four of Aaron Rodgers’ touchdowns and combined for over 300 receiving yards. More pertinently to a secondary receiver like Campbell, Marquez Valdes-Scantling (four catches for 96 yards) and Allen Lazard (four catches for 63 yards) both scored.

Moving forward in Week 3 (New York Jets), Week 5 (Cleveland Browns) and Week 6 (Cincinnati Bengals) Campbell and the Colts’ offense have favorable matchups. Add the second-year man out of Ohio State as a WR3 or Flex option in 12-team leagues with little second thought.