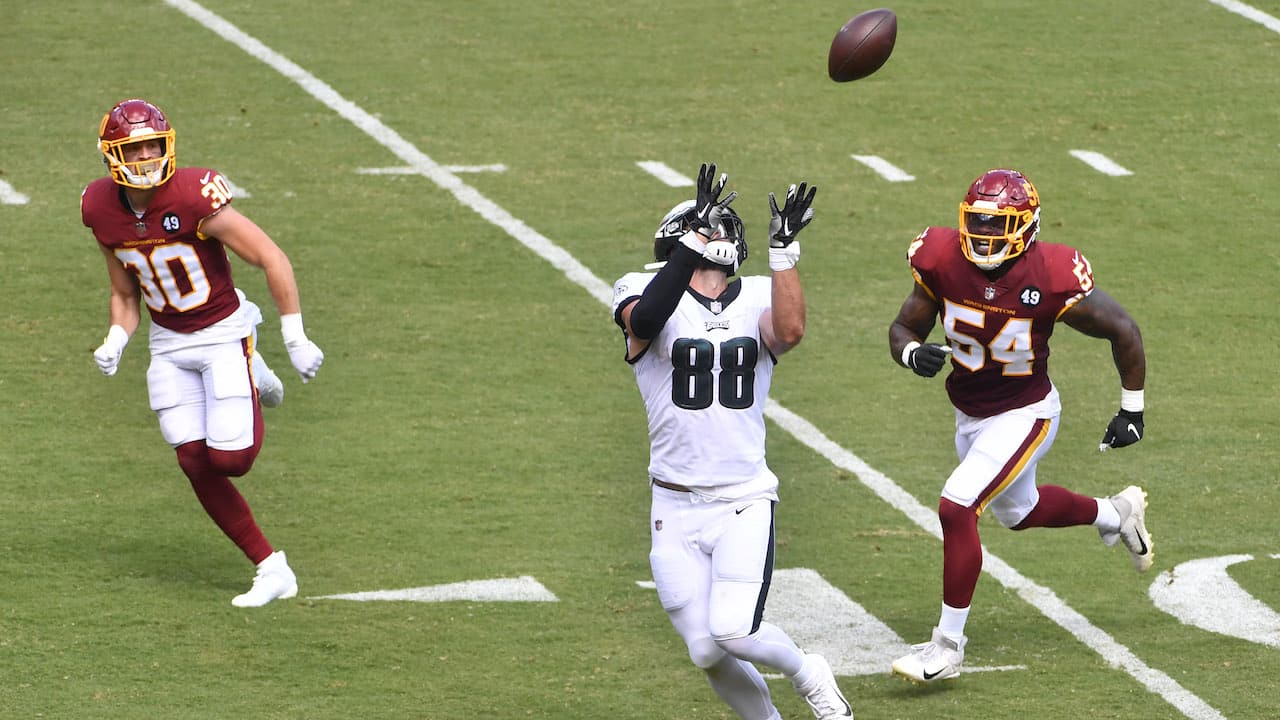 The 2020 NFL season is just 1 week old and there is no better time than now to start picking up players from your fantasy football waiver wire. Every year a no name blows up in Week 1 and ends up being a top-50 fantasy football player over the remainder of the season.

Let’s get things started by taking a look at some fantasy football waiver wire tight ends for Week 2.

Criminally under-owned, Goedert easily made our fantasy football Week 1 list in which we speculated who should be taken off the waiver wire before the season started. Then he delivered eight receptions (on nine targets) for 101 yards and a touchdown against the Washington Football Team on Sunday.

Goedert was a top-10 fantasy tight end in 2019, co-existing nicely with Zach Ertz and after one week this looks to be the same in 2020. The Eagles wide receivers aren’t as banged up as they were late last year, but Goedert looks to still have ample room to produce as a trusted target for Carson Wentz.

Goedert’s lack of ownership in fantasy is inexplicable. He should be 100% owned across all scoring formats and sharp owners should jump on the opportunity to add him before it’s too late.